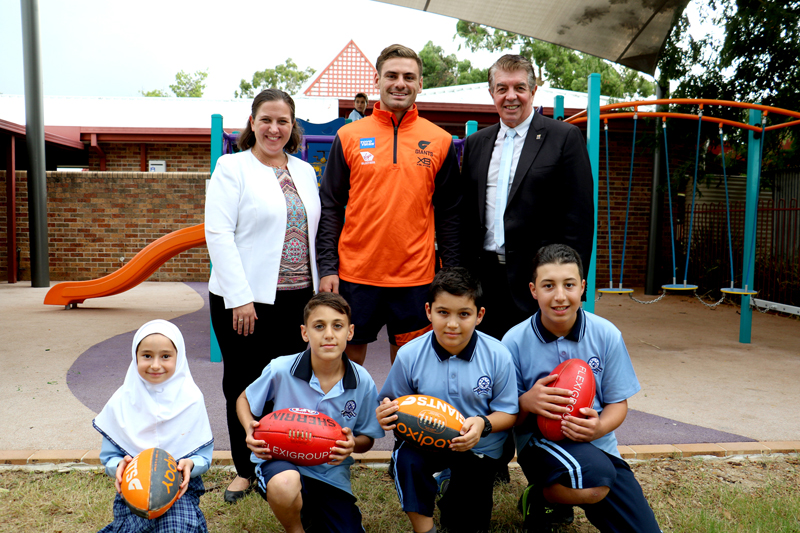 GIANTS captain Stephen Coniglio and AFLW Giants star Haneen Zreika have been named as two of the 18 AFL Multicultural Ambassadors for 2020.

Continuing to serve as an ambassador since his initial appointment in 2014, Coniglio knows what to expect, however this is Zreika’s first time in the role.
Coniglio’s Italian father and English mother both migrated to Australia in the 1960s and he is passionate about helping the community.
“Growing up with an Italian and British heritage, I understand the importance of embracing diversity and the sense of belonging that comes with being involved in sport,” he said.
“Diversifying our game is one of the most important things we can do to strengthen it for future generations.”
The 26-year-old was awarded the 2019 Jim Stynes Community Leadership Award in recognition of his outstanding commitment to multicultural youth in western Sydney.
“You cannot be what you cannot see,” he said.
“So being part of the 2020 Multicultural Ambassador program is a great opportunity for us to be positive role models for the next generation of AFL and AFL women’s talent and encourage people from all backgrounds to get involved in our great game.”
A former Penrith-Auburn Giants player, Zreika was not only the first Lebanese woman to play AFLW, but she was also the first Muslim woman to play in the competition when she debuted for the Giants in round one last year.
Having grown up in Greenacre, Zreika is passionate about encouraging women of all backgrounds to play Australian Rules Football (AFL) and hopes to inspire another generation of Muslim women to take up the sport.
The AFL will celebrate the cultural diversity within the game through 11 dedicated multicultural themed matches throughout the 2020 Premiership season, including the Giants Welcome Game against Essendon at Giants Stadium during Round 17 on Saturday, July 11.
In addition, all multicultural themed matches will be broadcast live in one of seven different languages including Mandarin, Arabic, Hindi, Dinka, Italian, Greek and Spanish to ensure people from diverse communities are able to connect with the sport.