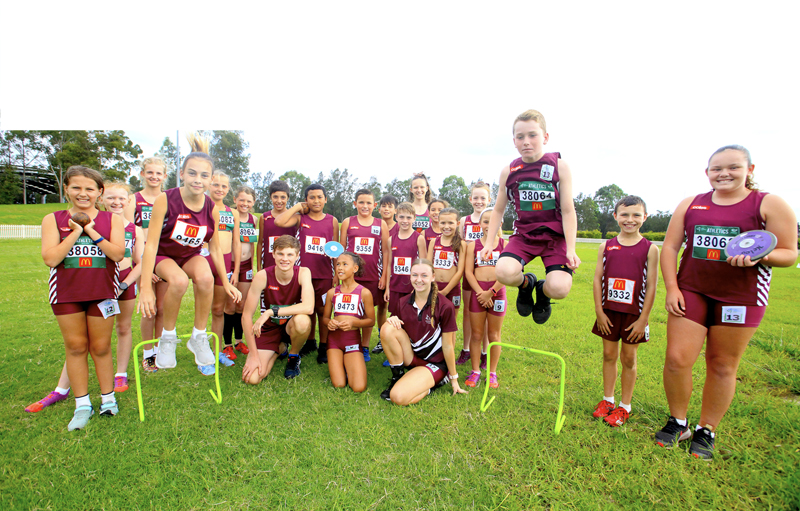 HOPING to increase their bronze, silver and gold medal tally this year, Revesby Workers’ Little Athletics Club members are looking good after 24 of their young athletes qualified to take part in the State Track and Field Championships, hosted by Little Athletics NSW, across this weekend at Sydney Olympic Park.

Fielding 12 athletes last year, the club won two medals but the seven athletes taking part the year before in 2018, were unsuccessful at clinching a place.
President Christine Butters said the rise this year in the number of qualifying members – Under 9 to Under 17 – could be put down to extra coaching being offered and the growth in the club generally.
“We also have two multi-class athletes taking part, one who is deaf and the other with partial hand and foot amputations,” she said.
All the athletes had to qualify through the zone and regional championships to get to the State titles, coming either first or second, along with the next fastest eight across the whole of NSW.
“With our 24 qualifying, it was about half and half,” Butters said.
“We’re competing in race-walking, high jump, discus, shot put and middle-distance races like the 500m, 1500m and 3000m events.”
Butters said they could potentially return with a swag of medals.
“Each one of them has great talent and the determination to go far, we are behind them and we wish them all the best.”