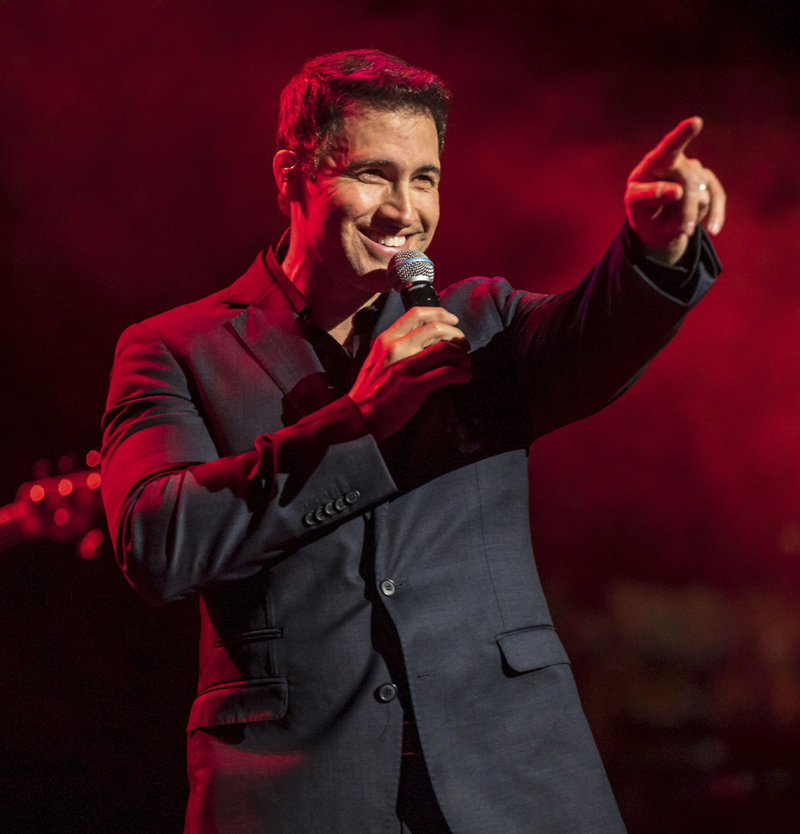 GROWING up on a diet of tunes from all the greats, thanks to his musical parents, singer songwriter John Stephan started performing at the age of four when he knew most of the Roy Orbison classics off by heart – and is bringing his show, ‘You Got It – A Salute to Roy Orbison’ to Bankstown this month.

Sydney born but moving to Los Angeles and then Nashville, USA, to work with music producers after leaving school, John was invited to perform at a country music festival and chose to sing ‘Crying’ a cappella (without instrument accompaniment).
“I got the most awesome response with a standing ovation and then I was asked to perform in the Grand Ole Oprey, where all the greats have taken to the stage but few Australians,” he said.
“When I walked offstage, the Orbison family was waiting to meet me and I got to know Roy’s eldest son Wesley very well.
“I got his full support and am the only artist with that endorsement, when I suggested I put together a show reliving all of the magical hits of his legendary Dad; the show even features spoken word from Wesley, giving a very personal narrative of Roy’s intriguing yet tragic life.”
With a voice filled with warmth, emotion and a four-octave range, John will take audience members on an incredible trip through the storied career of Orbison, covering chart-topping hits such as ‘Pretty Woman’, ‘Crying’, ‘I Drove All Night’, ‘Leah’, ‘Working For The Man’, ‘Blue Bayou’, ‘Only The Lonely’, ‘In Dreams’, ‘Blue Angel’, ‘You Got It’, ‘Running Scared’ and many more.
Working alongside the best in the business, including writing the main track for American Idol judge Blake Shelton’s album ‘Startin Fires’, John has collaborated with some of the music industry’s most prestigious producers and writers, and shared the stage with artists including Faith Hill, Kenny Chesney, Jewel, Keith Urban, Taylor Swift and many more.
He has toured Japan, USA and parts of Europe and based himself in the USA starring in his show on the Las Vegas Strip, Maui and Nashville.
You can relive the glory days of Orbison with John in ‘You Got It’ at Bankstown Sports Club on Saturday, March 14. Bookings: 9722 9888.