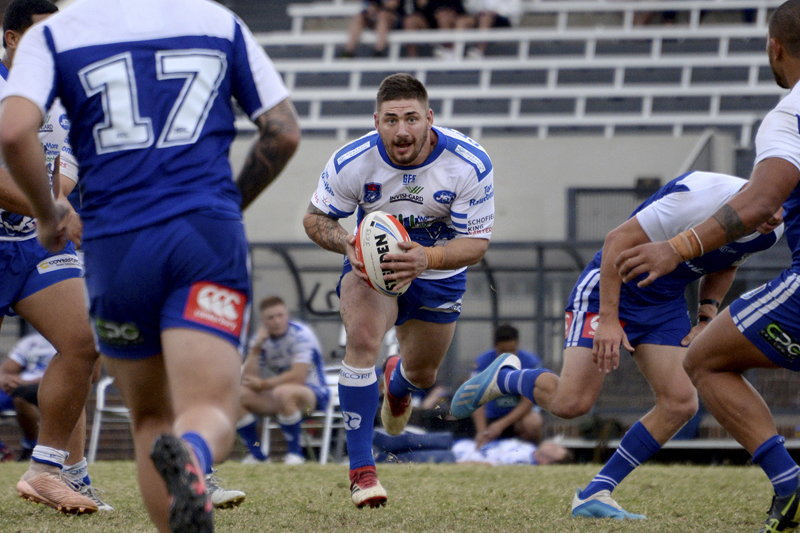 It was Newtown’s first trial match against Canterbury Cup opposition and the Bulldogs dished out a salutary lesson to the error-prone and disorganised Jets, winning the match played over four 20-minute quarters by 16-4.
There were no conversion attempts during the match and the Bulldogs scored a try in each quarter, taking an 8-4 lead into halftime.
Dynamic Jets centre Jonah Ngaronoa – a product of the 2019 Cronulla Sharks Jersey Flegg squad- scored Newtown’s only try in the 38th minute.
The Jet’s error rate turned over plenty of ball to the Bulldogs and they had to defend close to their own try-line for extended periods.
The Jets’ last trial match will be at home against Manly-Warringah’s Canterbury Cup partnership club, Blacktown Workers Sea Eagles, at Henson Park this Sunday, March 1, at 2pm.
The club’s long-time benefactor Terry Rowney was made a Life Member of the NSW Rugby League last Friday. Terry is a life-long Newtown Bluebags/Jets supporter and became a Director of the Newtown RLFC in 1980.