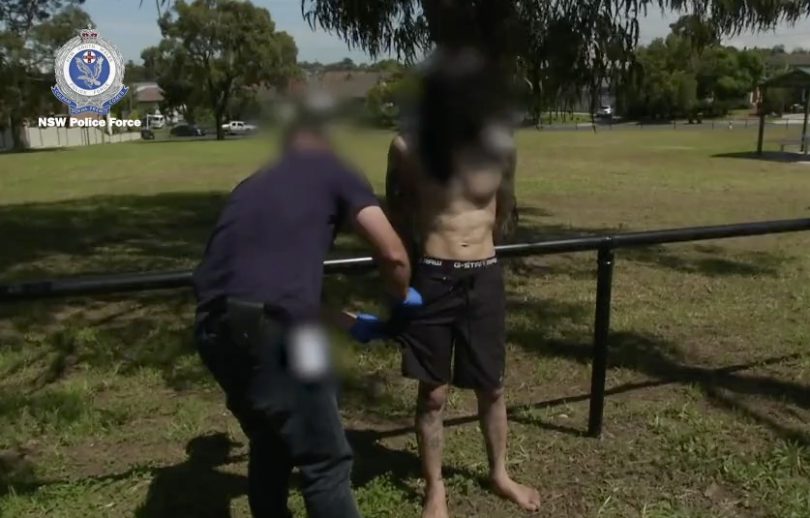 A man has been charged with 31 offences after allegedly supplying, manufacturing and possessing prohibited weapons and firearms, and supplying prohibited drugs, in Sydney’s south west.

In October 2019, detectives from the State Crime Command’s Drug and Firearms Squad established Strike Force Cavanough to investigate the supply of prohibited firearms and drugs across south Sydney.
During the course of the investigation, detectives received information a man was supplying prohibited firearms and drugs.
Following extensive investigations, officers arrested a 38-year-old man outside a unit in Greenacre about 2.30pm yesterday (Tuesday, February 25).
Shortly after the arrest, strike force detectives, with assistance from the Tactical Operations Unit and Dog Unit, executed a search warrant at the premises.
During the search, officers allegedly located three modified firearms, 15 home-made firearms at various stages of completion and three prohibited weapons.
Equipment consistent with the manufacture of prohibited weapons, ammunition, documentation, cannabis and amounts of other prohibited drugs – believed to be MDMA, heroin and methylamphetamine – were also allegedly seized.
The man was charged with 31 offences including four counts of supply prohibited drug (indictable quantity), supply prohibited drugs on an ongoing basis, two counts of manufacture prohibited firearm without licence/permit, eight counts of supply prohibited firearm to unauthorised person, and unlawfully sell firearms 3 times or more within 12 months.
Police will allege in court that the Mortdale man was involved in the supply of prohibited firearms, weapons, ammunition and methylamphetamine between November 2019 and February 2020.
Anyone with information in relation to the importation and supply of prohibited drugs and firearms is urged to contact Crime Stoppers: 1800 333 000 or https://nsw.crimestoppers.com.au. Information is treated in strict confidence.