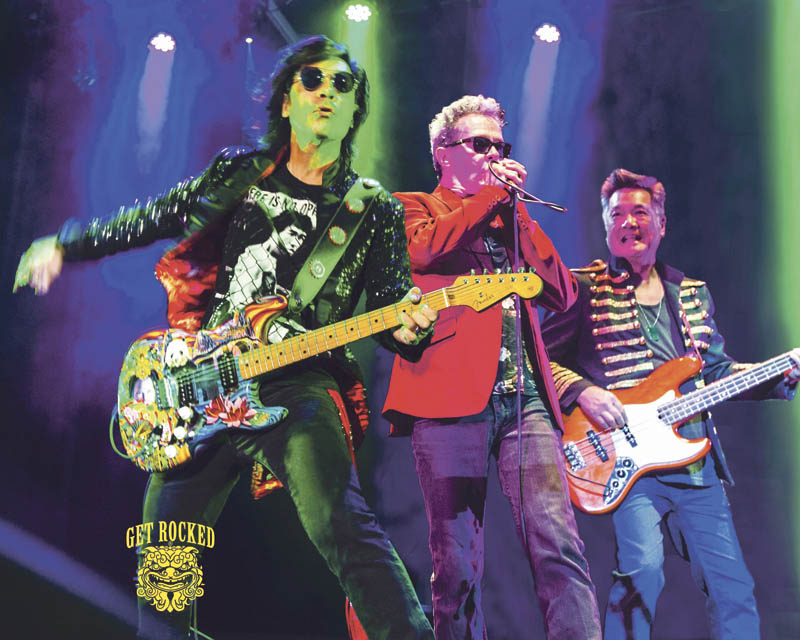 ONE of the first multicultural rock bands, Hush is bringing the excitement and energy of Australian seventies rock with ‘The Get Rocked’ show at Revesby Workers’ Club.

Starring original Hush members, guitar wiz Les Gock and bass master Rick Lum, The Get Rocked Show also celebrates the heavy rock acts they shared the hard road with, such as Stevie Wright, AC/DC, The Angels, Rose Tattoo and more.
Joining Gock and Lum, The Choirboys’ lead singer Mark Gable takes on vocal duties and joined by some of Australia’s finest musicians.
With all the anthems like ‘Get Rocked’, ‘Walking’, ‘Glad All Over’ and of course ‘Boney Moroney’ racing up the charts and making them a constant fixture on Countdown, the classic Hush line-up went their separate ways in the late seventies, reformed in 2006 for the Countdown Spectacular tour before being invited to perform at the Adelaide Festival last year and realised the songs still held great appeal for all ages.
Gock says that as well as all the hits, the show will be spliced with stories about their encounters and what was happening behind the scenes.
“There was memorable night in hindsight when we were the back-up band for the Jackson Five and after the show, a young Michael, who was 14 at the time, popped his head into our dressing room to congratulate us,” he said.
“We said to each other what a nice young man, hope he goes far; this is one of our many stories that I’m sure will fascinate the crowd.
“We weren’t on stage in the early days to make political statements, just to have loads of fun and do you know what, nothing has changed; it’s going to be epic.”
Catch the show on on Friday, March 6, from 8pm. Tickets: $35, available at rwc.org.au.