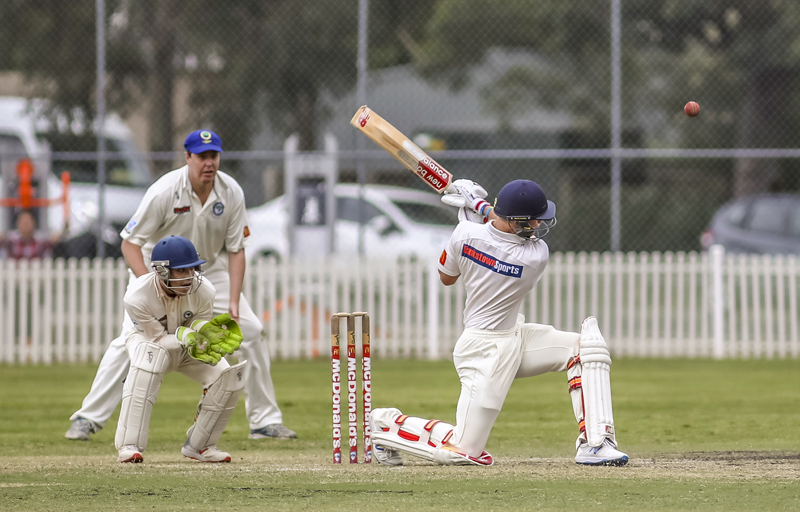 IT was a bitter sweet weekend for the Bankstown Sports cricketing Bulldogs as the Sydney grade cricket competition winds down.

The top grade put in a very disappointing effort to be bundled out for just 119 against Randwick-Petersham at Coogee.
Seconds kept the Dogs flag flying high with a most decisive win at Kelso North. The locals nearest rivals in the prestigious Club Championship, Easts and Sydney Uni fortunately both lost their second-grade games.
This means that Bankstown has an almost unassailable lead with just two matches left. Although it is mathematically possible for the Bulldogs to miss out, the fact Easts and Uni play each other in the last round is very helpful.
Tony Clark’s high-flying seconds have zoomed to the top of the premiership and are looking forward to the finals.
On Saturday Bankstown could not get going at all in first grade which was disappointing as they were only chasing 239.
Thunder allrounder Nathan McAndrew top scored for the Bulldogs with a defiant 33 but received little support.
Ben Taylor once again showed what a top class allrounder he is with 26 not out and it was unfortunate that he ran out of partners as he was handling the attack with the aplomb of a top-class player.
Nick Carruthers has had a wonderful season and it came as a surprise when he fell for 28.
In the penultimate round, which starts next Saturday the Bulldogs take on the Fairfield Lions at Bankstown Memorial Oval.