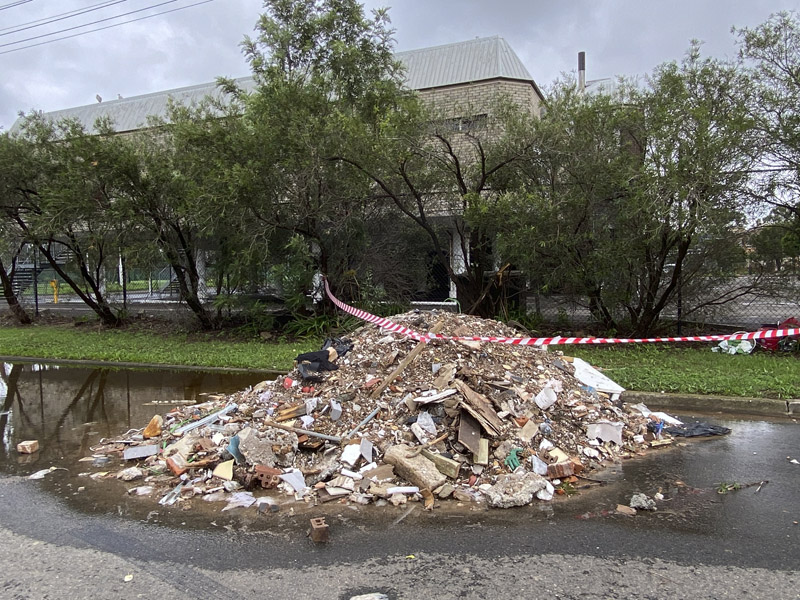 IN just a three-month period last year, Cumberland Council rangers responded to 77 reports of illegal dumping with the perpetrators facing fines of up to $2,000 a person or $4,000 for corporations.

A council spokesperson said the reports between September and November on dumped waste, included building supplies, mattresses, garden waste and rubbish and resulted in “numerous penalty notices being issued”.
An eight per cent increase in dumped rubbish in the past financial year, comes despite residents being entitled to four free collections of two cubic metres a year, which is about the height and width of two motorcycles parked together.
Items covered by the free collection includes furniture, white goods such as fridges, washing machines, dryers, and dishwashers as well as mattresses, bundled plant and tree clippings, carpet and floor coverings.
However it excludes other regularly dumped items, including building materials, asbestos, glass, hazardous chemicals, electronic waste such as computers and televisions along with motor vehicle parts such as batteries and tyres. The council does also hold periodic days where residents can drop off e-waste and chemical waste to special collection points.
In October last year, Cumberland also joined the Liverpool, Fairfield and Penrith City Councils to demand help from the State Government to get abandoned shopping trolleys off local streets.
In two massive roundups, the four councils collected more than 1,000 dumped trolleys, and called for an amendment to the Impounding Act 1993 to allow councils to fine retailers for abandoned shopping trolleys.
Collections can be booked by calling 8757 9000 or online at cumberland.nsw.gov.au.
Report small illegal dump sites of under two trailer loads, directly to the council, or larger incidents to the EPA’s Regional illegal dumping (RID) squad, 131 555 or ridonline.epa.nsw.gov.au.