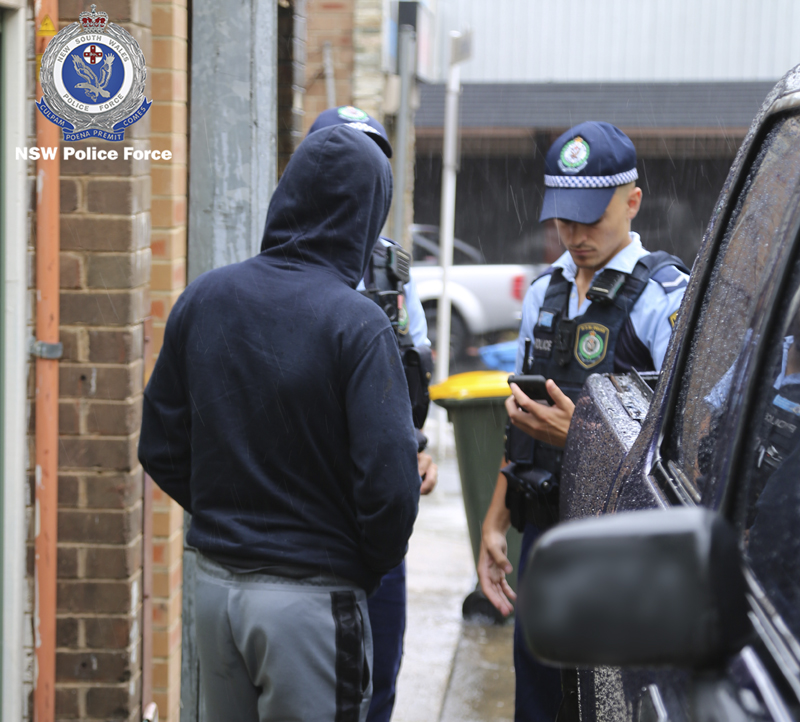 ALMOST 60 people have been charged during a two-day police operation targeting street-level crime, including knife crime, in Sydney’s south-west.

The intelligence-led crackdown, which also took in the Campsie and Bankstown police commands, focussed on the people and places known to have previously been involved in knife-crime offences.
Particular emphasis was placed on conducting bail compliance checks on those with a history relating to knife-crime, and business inspections at several tobacconists known to sell bladed weapons.
During the operation last Thursday and Friday nights, police seized 16 knives, conducted 426 person searches, issued 27 traffic infringements and 142 transport infringements and charged 59 people with offences ranging from stealing motor vehicles to drug and knife possession.
About 5.15pm on Thursday, police spoke with a man seated in a Toyota Hiace ute on Lowry Street, Mount Lewis. They searched the vehicle and allegedly seized a large hunting knife and cannabis. A 20-year-old man was charged with custody of knife in public place and possessing a prohibited drug.
On Friday about 7pm, officers patrolling Bankstown as part of Operation Sabre, observed a car, believed to be stolen, travelling along Marion Street. Officers directed the driver to pull over and it came to rest near the Chapel Street intersection.
A 24-year old man was charged with take and drive conveyance without consent of owner and driving while licence cancelled and a 19-year-old woman was charged with contravene prohibition/restriction in AVO, goods in personal custody suspected to be stolen and destroying or damaging property.
South West Metropolitan Region Commander, Assistant Commissioner Peter Thurtell, says custody of a knife in a public place without a reasonable excuse, is a criminal offence and carrying a knife for self-protection is not a reasonable excuse.