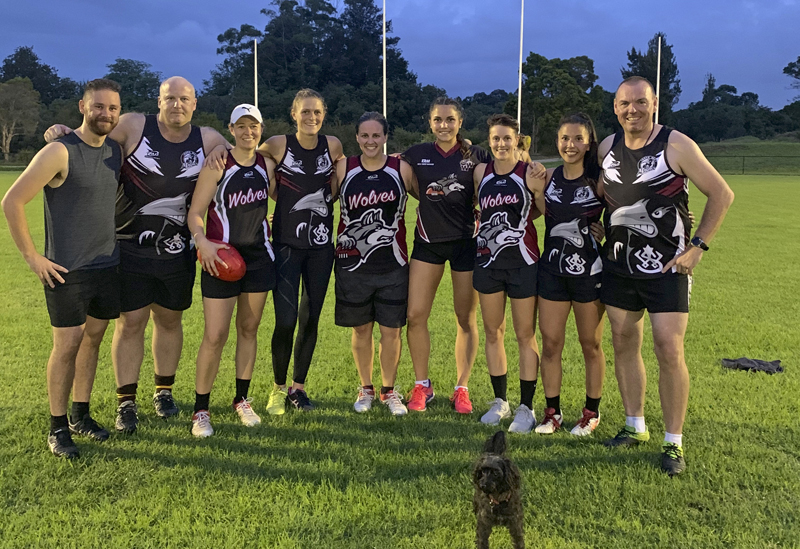 ARRON (Catta) Convery will continue as the Inner West Magpies’ head coach for the third year as the club hunts for another premiership.

The Magpies Australian Football Club have announced the coaches, captains and leadership group for the Women’s squad for the 2020 Season.
Catta has been a strong advocate to develop pathways for the junior girls into senior football and the club has been moving up the ladder every year under his tutelage.
John Parker joins the club as the assistant and backline coach. He comes with a wealth of experience in women’s football having previously coached the first grade women’s side at the Newcastle City Blues and the under 18s side for the Tindal Magpies in Northern Territory.
Christien Specha is an Inner West Magpies junior who has been involved with the women’s team for the past four years. He has played over 150 games and will be the mid line coach for this season as well as coaching the inaugural Division 2 women’s team.
Rebecca Privitelli (Priv) is an AFLW Giant’s player recruited from Eastern Devils (VFLW). Having played in the AFLW with Carlton (2017), Giants (2018 and 2020), Priv is relishing the opportunity to be able to coach the forward line for the 2020 season.
Co-Captains for the 2020 season will be Melissa Freckelton (Frecks) and Mai Nguyen. Frecks is the heart and soul of the women’s side, playing over 100 games for the Magpies since 2011.
Mai is a former AFLW player for the Giants and feels refreshed after having a break from playing since the end of the 2017 season.
The leadership group will be Tracy Rantall (Ace), Michaela Ekman (Mickey) Laura Marshall and Jasmine Smith.
For more info, contact Inner West Magpies President Nick Miller on 0438 304 233 or visit innerwestmagpiesafl.com.au.