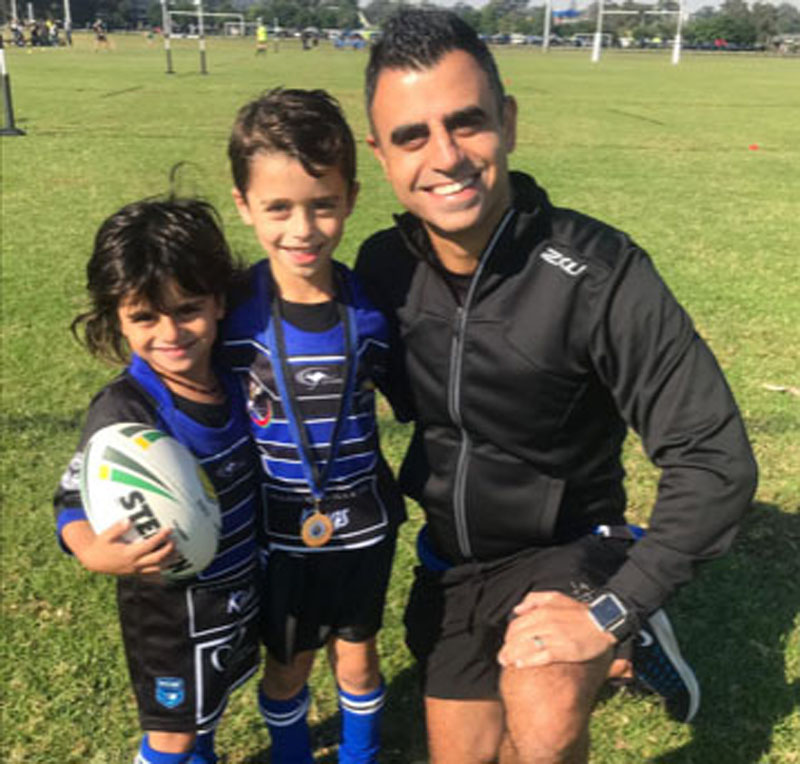 CHARLIE Haddad was looking for a new club to join after being told one of his sons was too young to play in the age group at the club where they had started.

He got in touch with Marrickville Kings Rugby League Club at the start of last season to see if they had a spot and he and his boys have never looked back.
“The Kings, including organisers Anna and Gerry, made us feel so welcome,” Charlie said.
“Anna even had two shirts waiting for the boys which we really appreciated.”
Coaching the Under 5s for the Kings last year, this year will see Charlie take on the Under 6s, in which his son Atticus plays, while son Phoenix plays in the Under 7s.
Also Dad to Scarlett, 8, and Balthazar, 2, who already loves to play on his mini tackling bags, Charlie and wife Candice love being part of the Marrickville Kings.
“We knew it was a family club but we were shocked to find out just how family friendly it was,” he said.
“A lot of the parents actually play and the kids are put first in everything. Everyone helps out; if a trainer can’t make it, someone else will jump on the field and help.
“Coaching the Under 5s last year was hard work but I love it. It’s incredible when they do their first tackle. I had one young player Toby who went almost the whole season without a tackle and then when he finally did, I had to stop the game and give him a cuddle; we were all cheering.”
With training held on a Tuesday and Thursday night from 5pm, and game days on Sundays, the club is offering free registration which includes player insurance, game fees, jersey, shorts and socks.
Register online at playnrl.com/register (Marrrickville RSL Kings), follow the club on facebook or call Gerry on 0431 415 299.