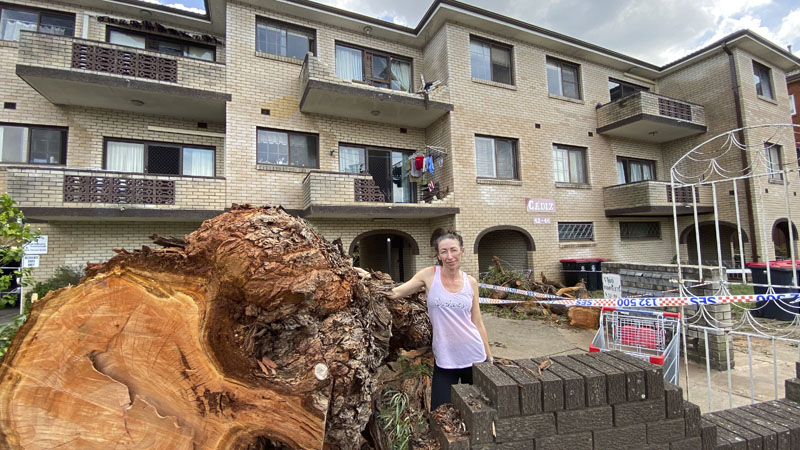 MOVING out of a ground floor unit in Beamish Street at Campsie just hours before a large tree came down and damaged at least two upper storey units in the block, Amanda Lee says she feels like her family had a lucky escape.

Move out before tree topples unit

She said the heavy rain didn’t make moving house easy and she’d enlisted the help of family to help, adding that they had even sheltered under the large tree several times during the course of the day.
“It was just a matter of timing. Thank God it came down after we left,” she said.
“We had six kids running back and forward under that tree all morning.
“When I pulled up the next day and saw it lying on the ground, I couldn’t believe it. All I could think of was how lucky we all were.”
She said the tree had provided plenty of shade, with residents normally happy to snag a parking spot underneath it.
“I’m just thankful nobody was hurt. I think it was just a big scare for everyone, especially those people who had balconies damaged when it came down.”