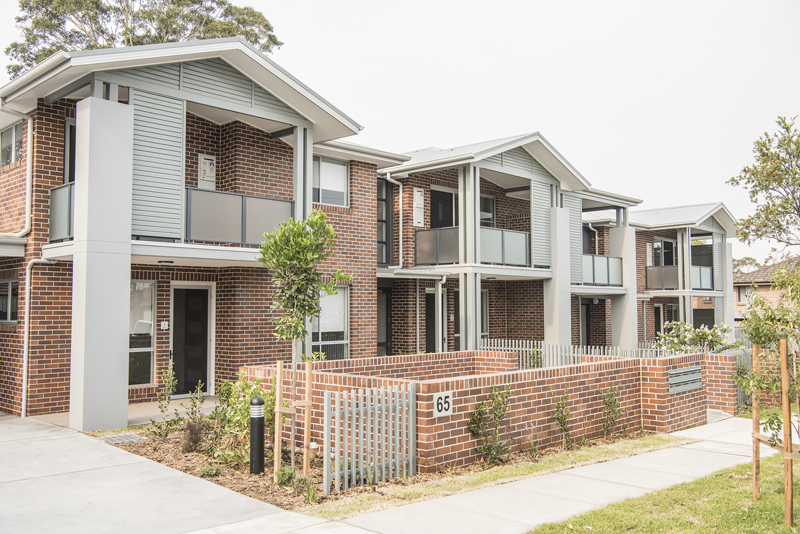 A GROUP of seniors are now enjoying their new homes after the NSW Government delivered on a new $4.5 million housing project in Sefton.

Minister for Water, Property and Housing, Melinda Pavey, said the 14 new homes at Palmer Street, Sefton, were delivered ahead of time so that new tenants could be moved in over the holiday period.
The residents now have access to new modern, energy and water efficient homes.
The project includes eight one-bedroom units and six two-bedroom units, set aside for seniors, replacing three detached cottages at the 2,515sqm site.
Mrs Pavey says the project represents a smart approach to growing the Government’s housing portfolio, by replacing ageing cottages on large sites with additional homes.
“At the same time, we have ensured the project is well designed and of a low scale (two storey) which complements the character of the surrounding neighbourhood,” she said.
“The project has also helped create jobs, including through the family-owned building company which constructed the housing on behalf of the NSW Government.”
As part of the project, almost 80 metres of new footpath was constructed to allow residents to have safe and level access the nearest bus stop.