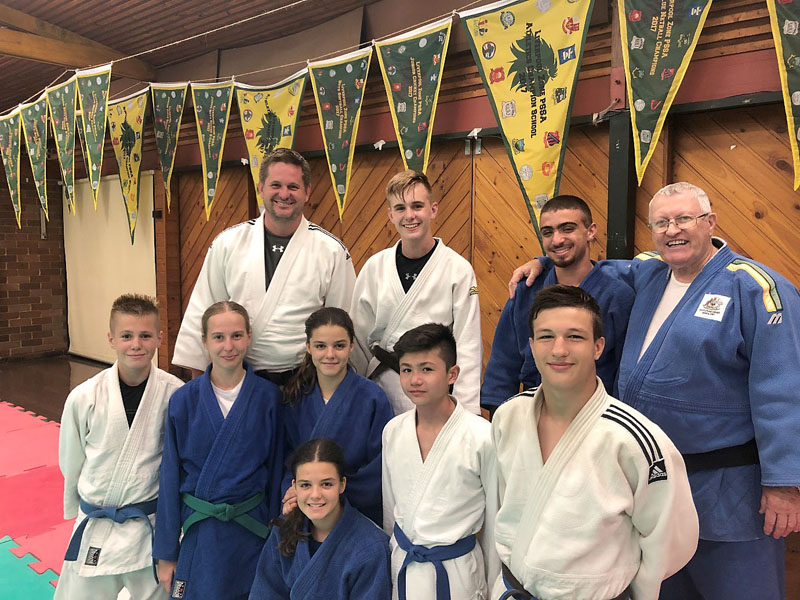 THE year has only just begun and already Tiger-Do Martial Arts has had great success for its young charges.

The club boasts a strong history of youth internationals, like Canterbury Bankstown locals Liam McClifty and Jad Reda who have been selected to represent Australia in the U/55kg and U/60kg categories of the Cadet European Judo Tour, attending competitions and training camps in Turkey and Croatia during February and March.
Tiger-Do Head Coach, Terry Young, is very proud of the two school boys.
“Their Judo is developing very well,” he said.
“Both young men are a credit to their families, their schools and Tiger-Do Martial Arts. This experience will give them a taste of the international circuit and what success looks like at this level.”
Six of the club’s younger players began the year with a training camp in January at the Australian Institute of Sport in Canberra. This included three of Tiger-Do’s national champions, Deana Finka, Marissa Finka, Mak Vugdalic, Nicholas McClifty (Liam’s younger brother and past national champion), Ivona Rivstevski and Kyle Trusler.
There were also 66 players selected nationally to attend the Next Gen Futures Camp, with over 10 per cent of the national contingent coming from Tiger-Do Martial Arts. NSW State Junior Coach and one of the Tiger-Do coaches, attended the AIS camp.
Liam and Jad are looking for sponsorship for their upcoming Europe Tour.
If you wish to contribute or more info about the club, call 0429 568 046. Tiger-Do Martial Arts trains at Newbridge Heights Public School, Chipping Norton.