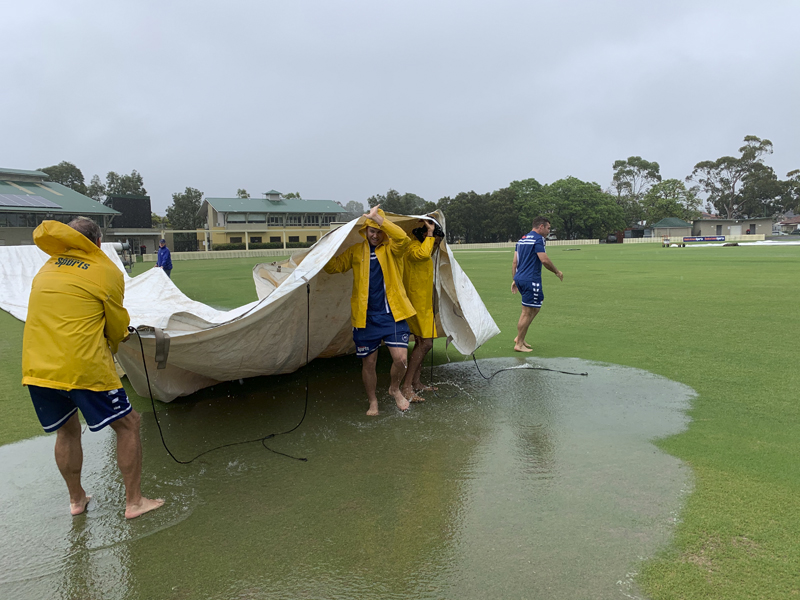 THE torrential rain that caused havoc across NSW, meant the abandonment of all NSW Premier Grade Cricket matches last weekend.
With just three rounds remaining in the 2019/20 competition, the Bankstown Sports Club sponsored Bulldogs lead the coveted Sydney Smith Club Championship Trophy by 190 points from Randwick-Petersham and University of NSW.
While it may be a good lead, there are 120 points up for grabs each round, so it’s imperative that all grades continue to perform strongly if the title it to head to Bankstown.
The next three games are against Randwick at Coogee, Fairfield at Bankstown and the Sutherland Sharks at the Shire.
The has been numerous highlights for the Bankstown Club this season.
Daniel Solway debuted for NSW and what a start it was. His 133 not out stamped him as a very classy opening bat.
Nathan McAndrew continued his fine form with the Sydney Thunder but alas, injuries disrupted his progress.
With all grades poised to make the finals it could not have been achieved without the amazing coaching staff who put in countless hours and super coach Gary Crowfoot directing operations.
Nick Carruthers has also been in sensational form and is an entertainer plus.
Second grade skipper Tony Clark has been an inspiration to his younger players and an attacking captain who is a destructive medium pacer and has taken over 1,000 wickets.
Off the cricket field, Bankstown has been a saviour to Uganda cricket.
Brian Freedman has been the instigator behind the nation-wide collection of used equipment for the country.
Martin Odeko who looks after their cricket was lavish in his praise of the Bulldogs. He said that when it started, they had 10,000 cricketers, now they have 70,000.
The Bankstown Sports Club has helped pay the cost of freighting the 13 containers which has helped the game blossom in Uganda.
The scheme now involves more than cricket equipment with school uniforms also being provided to orphanages across Uganda.