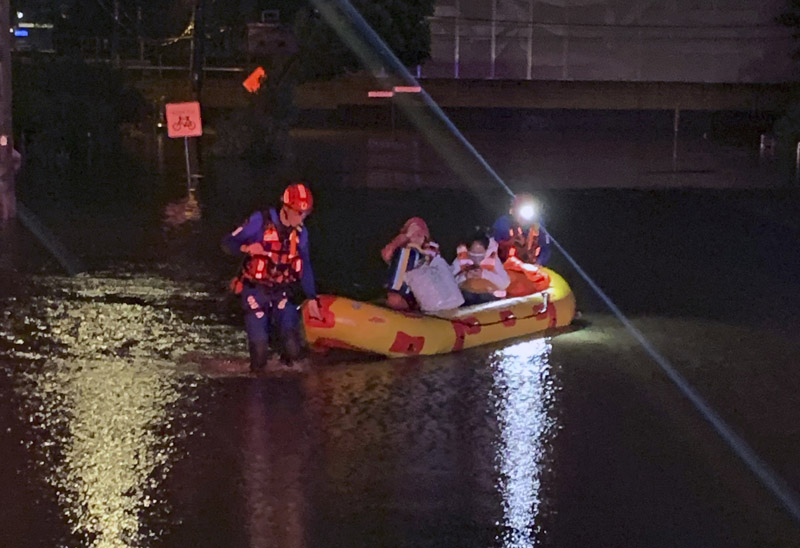 Rain gauges at Sydney Olympic Park recorded 52.8mm of rain on Friday, with a further 74.2mm on Saturday, 106.6mm on Sunday and further falls of 191mm as of 11.30am on Monday.
Urging drivers not to enter flooded roads and for people to stay away from other flooded areas, Auburn SES inspector Jamie Newman said the NSW SES had 43 flood rescue teams, as well as teams from other emergency services active on Sunday.
He said by Monday morning, their unit had received 84 calls for help from the public and had 51 jobs still outstanding.
“Metro zone received over 7,000 calls for assistance on Sunday alone,” he said.
“The jobs vary between leaking roofs and gutters, flooding caused by blocked drains and trees down.”
Cumberland Mayor Steve Christou said council staff were also kept busy with plenty of reports of flooded streets and fallen trees.
“Cumberland along with much of Sydney is still feeling the impact of the weekend’s heavy rain and wild weather,” he said.
“As of Monday, the pool at Guildford is temporarily closed due to a fallen tree in the nearby area that has cut power to the facility.
“For the latest updates on pools, please visit Cumberland’s website cumberland.nsw.gov.au or keep an eye on our Facebook page.
“In the event of storm or flood emergencies, contact the SES on 132 500 or if the situation is life-threatening, call Triple Zero (000).
“The Live Traffic NSW website can also keep you up-to-date on the state of our roads.”