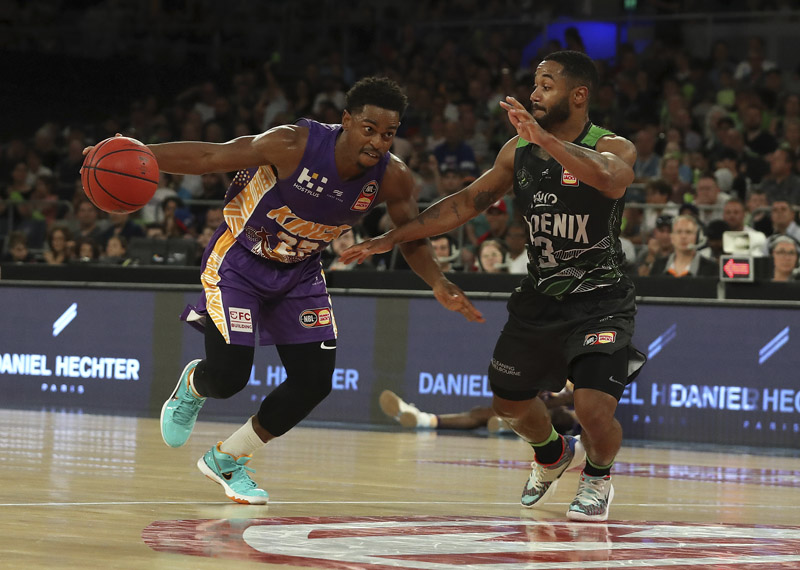 Have held top spot throughout season

SURVIVING a nail-biting finish, the Sydney Kings look to have secured top spot on this season’s NBL ladder after a narrow win against the South East Melbourne Phoenix on Sunday afternoon.
Playing at Melbourne Arena with Andrew Bogut, Didi Louzada and Craig Moller all missing through injury, the Kings managed to hold off the Phoenix to win 99-96 and record their 19th win of the season.
Sydney blistered the nets in the opening period going 11 of 15 from the field to set up a 28-20 first quarter advantage before the Phoenix clawed their way back into the game, refusing to give to be intimidated and taking the game into overtime.
Casper Ware led the scoring for the Kings with 24 points and two steals while Jae’Sean Tate finished with 17 points and nine rebounds.
Brad Newley was also on song, with 14 points and seven rebounds, while Deshon Taylor made a crucial 12 points off the bench and Xavier Cooks grabbed 13 rebounds and added four steals and two blocked shots.
The game very nearly went into a second overtime period when a heart-stopping long three shot attempt from star Phoenix player Kyle Adnam, rimmed out.
With just one game to go against the bottom placed Illawarra Hawks at home this Friday night, the Kings are now poised to become the first team in NBL history to hold top spot throughout a whole season.