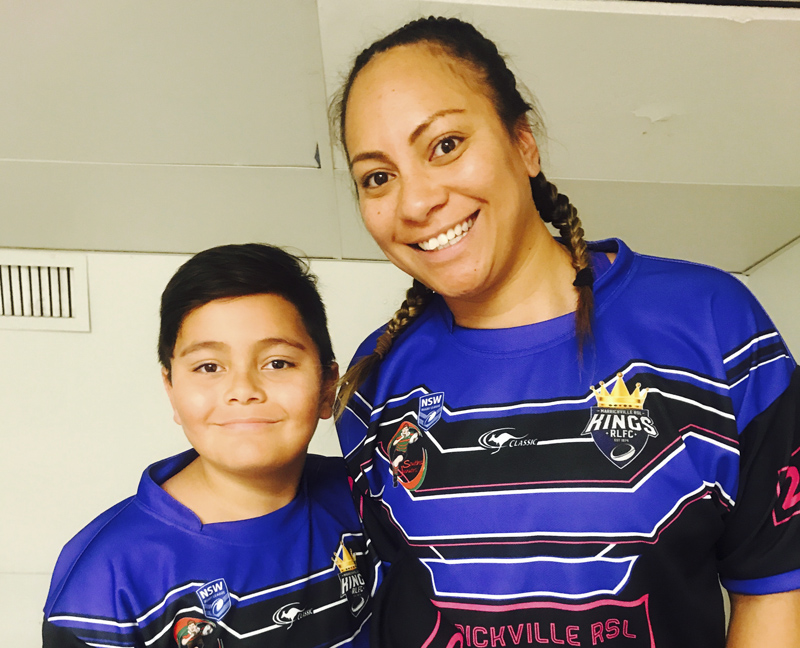 JOSH Liu’s wife Conchita laughed out loud when he suggested she come down to a Marrickville Kings Rugby League Club training afternoon with him and their son, Harlem, 12, but she was hooked after just one game.

This will be Conchita’s fourth year of playing with the Women’s side which Josh manages as well as coaching some of the younger teams.
“She really loves her footy now and has come such a long way in those few short years as have the other mums that play,” Josh said.
“It’s really great because we all go to training and game days as a family, as do many others; that’s really the culture of the club.
“Then after the game, we’ll usually go to the Marrickville Tennis Club and have a barbecue. The kids love it.”
Initially playing for Marrickville Kings as a 12-year-old, Josh missed the club when it closed for about four years and couldn’t wait to catch up with all the familiar faces when it relaunched in 2017.
“A lot of us went to school locally and played together as kids and now, we’re back again with our own kids playing,” he explained.
Hanging up his boots a while ago to take on coaching and volunteer roles at the club, Josh said he was thinking about playing again this season.
“I’m very tempted but also focused on behind the scenes. For example, we are trying to get an U14 Girls team going,” he said.
“Footy is great for females as they learn about teamwork and it builds their confidence.”
Held on Tuesdays and Thursdays from 5pm (juniors) and 6pm (seniors) at Marrickville Oval, training got underway this week for the seniors and starts on February 25 for the juniors.
The club is also offering free registration which includes player insurance, game fees, jersey, shorts and socks.
Register online at playnrl.com/register (Marrrickville RSL Kings), follow the club on facebook or call Gerry on 0431 415 299.