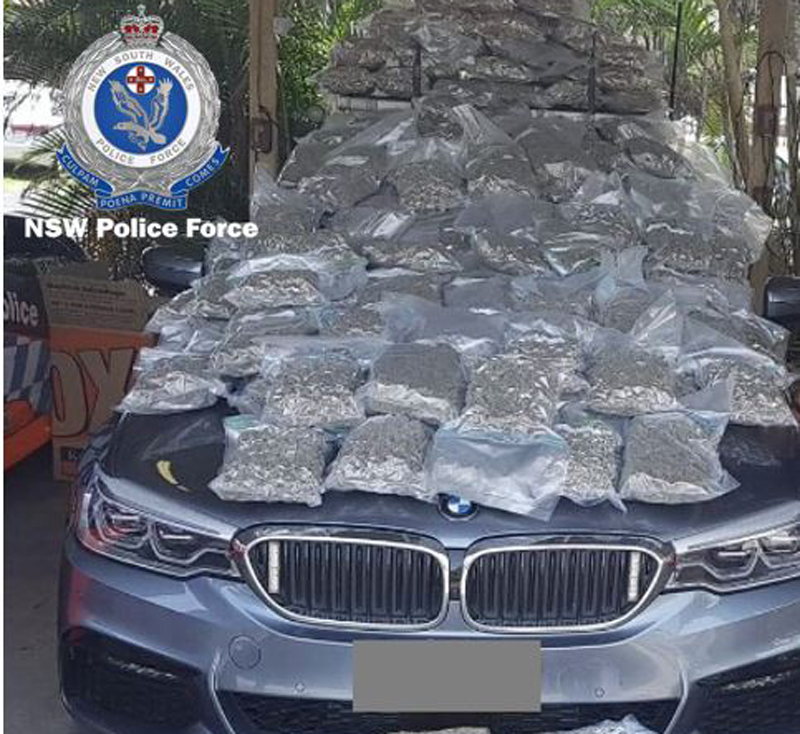 Last Thursday, just before 9am, Traffic and Highway Patrol officers stopped a truck on the Pacific Highway at Bangalow, due to the manner of driving.
Police spoke to the 36-year-old male driver and submitted him to a roadside drug test, which allegedly returned a positive indication.
The man was arrested, and his truck searched, allegedly revealing 145 bags of cannabis estimated to be worth $1 million. Police said methylamphetamine was also found.
He was charged with supplying a commercial quantity of a prohibited drug, two counts of drug possession (one being a commercial quantity), and driving under the influence of a prohibited drug.