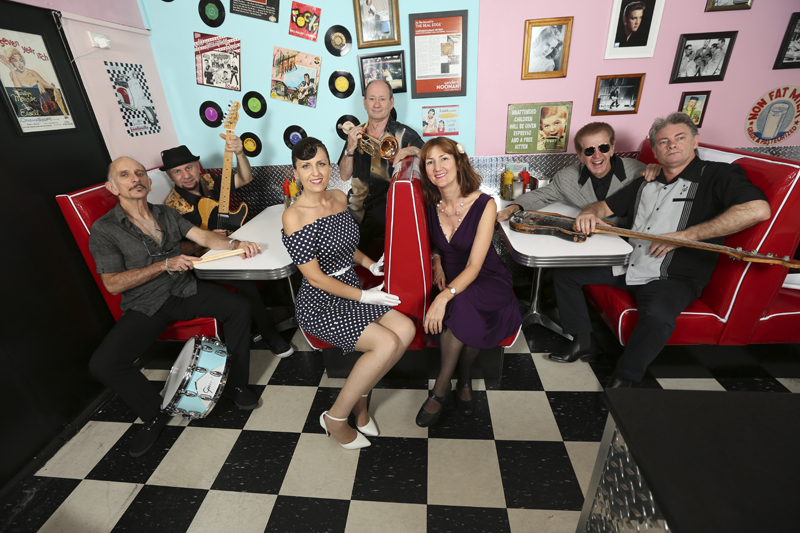 FORMED in 1985, the Jive Bombers have been performing constantly all around Australia at music festivals, clubs and functions and are headed for Ashfield RSL on Friday, February 14, from 8pm, to make your Valentine’s Day celebration an extra memorable one.

They have won prestigious music awards for both jazz and rock n roll for their original compositions and have gained praise as one of the finest bands in the country.
The band members have performed and recorded with some world’s greatest artists including The Beatles, Little Richard, Long John Baldry, and many more. The music ranges from boogie woogie, swing, lounge, jump blues and Chicago blues to rock n roll, rockabilly, soul and latin.
The band has released three CDs and is working on a fourth to be released early next year with mainly original compositions by new bass player Chris Perry.
The sparkling new line up also includes vocalist, Narelle Evans and husband Jack on guitar and Carolyn “Pine” Packer has returned on piano and organ. This has given the band even stronger vocals with four part harmonies on many tunes plus one of the most powerful horn sections.
Details and tickets: 9797 8878.