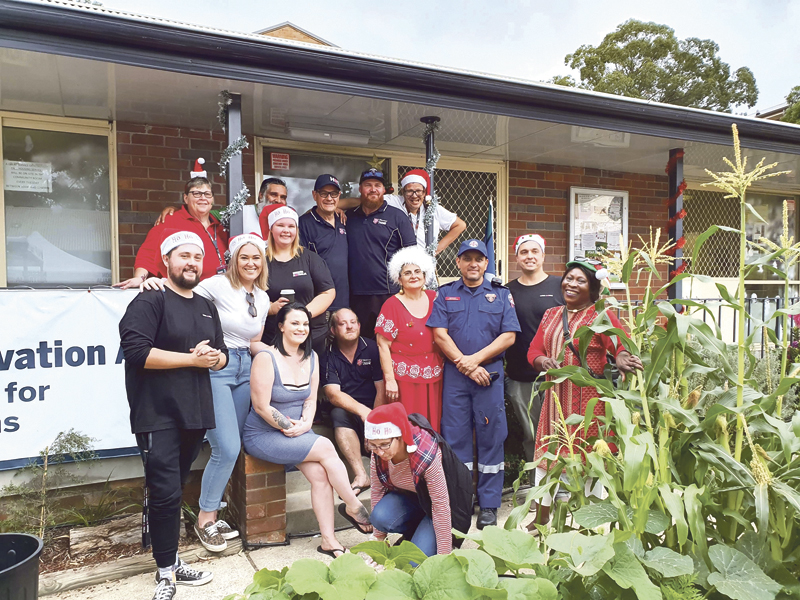 FAMILIES, residents and community groups from Villawood came together for a pre-Christmas holiday celebration at the Urana Street Hub

Coordinator Kate Ferguson said Mission Australia along with The Salvation Army, Department of Communities and Justice and Bankstown Community Resource Group donated their money, time and resources for the end of year event.
She said there were multiple free presents for every child in attendance, prizes of food hampers and bikes, as well as plenty of free entertainment and activities including a jumping castle.
“Reaching out to other services, we had a lovely donation of flowers by Florete Creations that were distributed to those residents who have donated their time to the community hub throughout the year,” she said.
“Bunnings Villawood hosted an ‘Arts and Crafts’ section where children could design their own Christmas stocking, while a parent volunteer did face painting.
“Direct Warehouse was kind enough to provide the tablecloths, napkins and plates for residents to eat their lamb and gravy rolls and pizza by a local company.
“We also hosted the GWS Giants as they came to toss around the footy with some of the young fans.
“And Andy joined us from the local Bankstown Ambulance team to give the residents a personal tour of an ambulance.”
Ms Ferguson said an event highlight was a special visit from Santa’s designated stand-in Uncle John and his wife Liz as Mrs Claus.
“The event was a huge success as all community members left with smiles on their faces and children left happy,” she said.