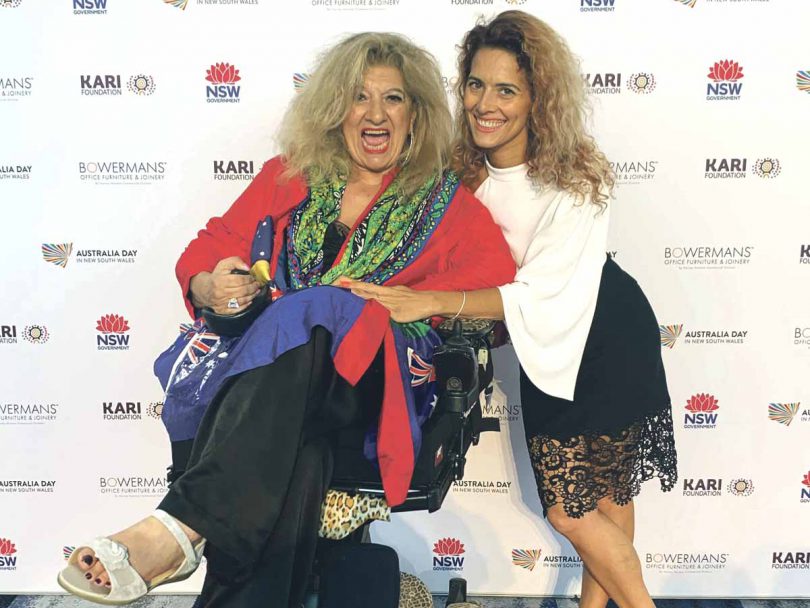 STILL as fabulous as ever with a larger than life personality, legendary Australian singer and actor Maria Venuti is this year’s Canterbury Bankstown Australia Day Ambassador.

Well on her way to recovery now, Maria was rushed to hospital in November 2016, after suffering a stroke when a stalker broke into her Sydney home.
She was in a coma at the Royal North Shore Hospital for five weeks before regaining consciousness.
Now getting back to business, Maria returned to acting last year, competing a cameo and reprising her role as Mama Gigliotti in Fat Pizza which returned to the screen after 15 years.
Daughter Bianca said Maria thoroughly enjoyed being back in front of the camera and was equally looking forward to reprising her role as an Australia Day Ambassador, one which she has fulfilled for 25 years.
“Mum takes a special interest in the Australia Day citizenship ceremonies since although she was born here, her father was born in Italy and her mum came from Egypt,” Bianca said.
“She often spoke about the courage and bravery of her parents coming to Australia to make a new home and about the resilience of all migrants trying to create better lives for their families and helping to create the rich diversity of culture that is Australia today.”
She said Canterbury Bankstown also held a special place in Maria’s heart.
“Mum is a massive Bulldogs fan, has met most of the greats, and is a longtime performer at Canterbury Hurlstone Park RSL,” she said.
“I’m sure many of the Australia Day crowds will remember seeing her perform in local clubs and on TV.
“She is very excited to be the local Australia Day Ambassador and hopes to shake a lot of hands, inspire people and maybe even sing a few bars of the national anthem.”