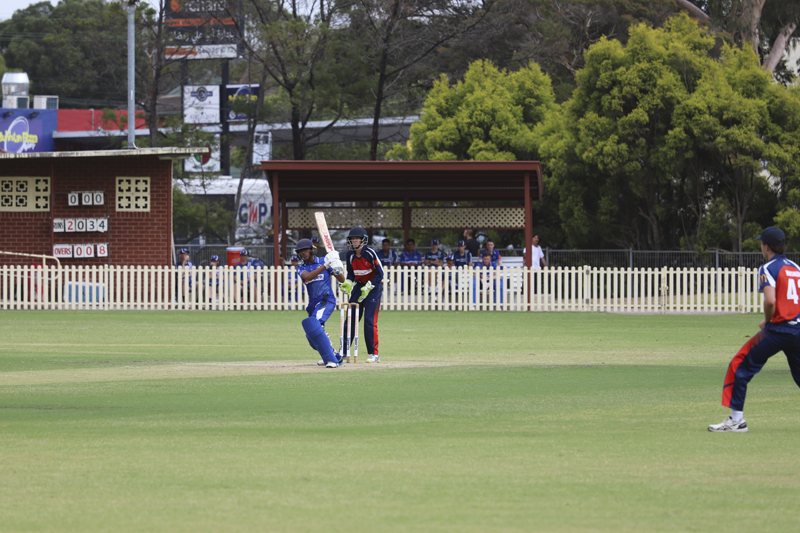 BANKSTOWN Sports Bulldogs Premier Grade matches were washed out last Saturday but the holiday period has seen some stellar performances from the AW Green Shield Under 16 team.

Undoubtedly the most prestigious aged based cricket competition in Australia, the AW Green Shield is considered by many judges as the toughest junior competition in the world and this year’s squad has delivered some amazing performances to reach the finals.
In the Green Shield qualifying final at Manly on Sunday, the Bulldogs restricted the home side to a competitive 9-209.
Ever reliable Ryan Freeman was once again on target with 2-26 while Lachlan Malcolm claimed 2-15 in his probing 5 over spell.
However, the bowling honours went to Hayden Ferguson with a containing 3-50 which kept the Bulldogs barking. Ferguson claimed the crucial wickets of both openers just as they appeared ready to cut loose with a 90-run partnership and also took care of the dangerous wicketkeeper batsmen Blake McCarten for a duck.
In reply the Bulldogs Ethan Prideaux was in good touch with a stylish 24 at the top of the order and Aryan Totade looked in fine fettle but alas was run out for a very classy 38. Wickets tumbled and Manly were jubilant at 8-142 but were celebrating prematurely. Even the most ardent of Bulldog supporters conceded the lads had fought hard but the task looked beyond them needing a gargantuan 8 runs an over with just 2 wickets in hand.
Rahid Alam and Liam Hewitt produced a formidable partnership against all odds. Alam was the aggressor and smashed two stunning sixes in a match winning 47 not out facing a mere 32 deliveries in a delightful cameo which stunned the shell-shocked Manly attack.
The seasiders tried desperately to dislodge the rampaging Alam, but it was all in vain as he stayed rock solid.
The very versatile youngster received phenomenal support from paceman Liam Hewitt who defended stoically with a determined 22 not out. His defiance and fighting attitude facing such adversity was most commendable.