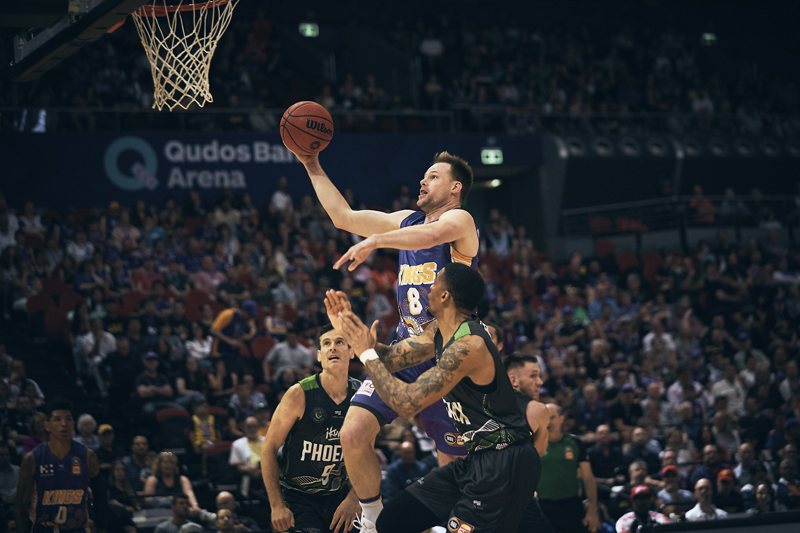 IT was a weekend of highs and lows for Sydney Kings fans with a loss on the road against the New Zealand Breakers on Friday before bouncing back with a dominant win at home over the Melbourne Phoenix on Sunday.

Friday’s 88-81 loss to the Breakers saw some big calls by the umpires with the Kiwi’s Brandon Ashley out in the third quarter for two unsportsmanlike fouls and Kings star player Jae’Sean Tate picking up five fouls of his own, forcing him to sit out the final crucial seven and a half minutes of the game.
However the Kings didn’t spend time dwelling on the loss, coming back strongly to hold onto their position at the top of the NBL ladder with an emphatic 98-81 win over South East Melbourne at home in front of 9,332 fans at Qudos Bank Arena in the NBL’s inaugural Indigenous round.
Showcasing their depth, the Kings had five players score double-figures, with Didi Louzada leading the way with 18 points, just ahead of Brad Newley on 17, and strongly supported by Casper Ware and Tate with 14 each and Daniel Kickert who made 12 points.
Andrew Bogut also returned to the home-side’s line-up after missing the game in New Zealand and managed six points, 11 rebounds and two blocked shots of his own.
With just three rounds to go before the start of the finals, the Kings face another road/home double this weekend.
They will travel south to face the Illawarra Hawks on Friday, before returning to Sydney Olympic Park on Sunday afternoon for a blockbuster clash against Melbourne United.