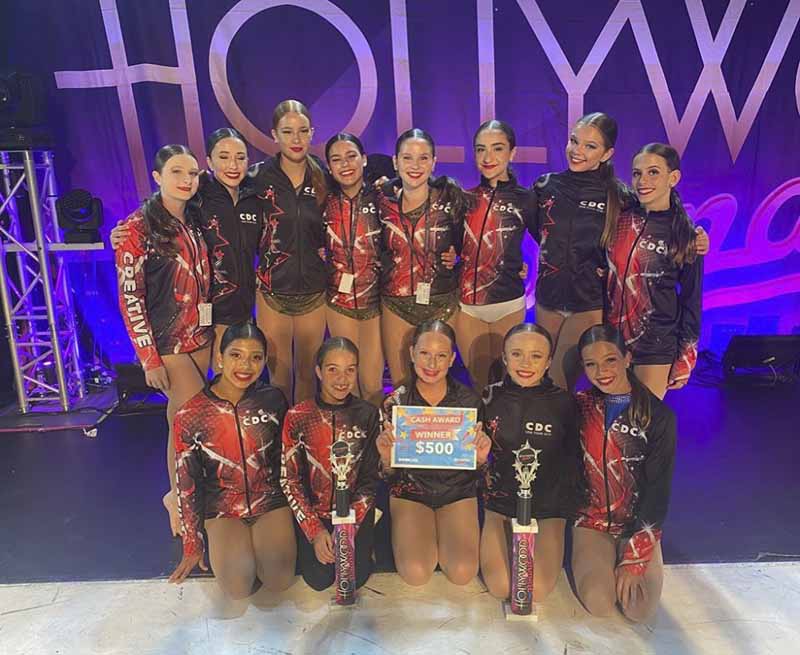 A GROUP of Inner West dancers attending CDC Studios at Hurlstone Park, only started getting serious about their routines in 2018 after learning their audition tape had impressed LA Disneyland so much that they were invited to take part in Disney’s 2019 street parade featuring dancers from around the world.

That was a huge boost for the young team aged 11 to 15, but nothing could prepare them for their most recent success which saw them winning last week’s Hollywood Bound Dance Nationals on the Gold Coast and securing a sport in the world finals in Italy in June.
Up against some very tough competition from around the country including teams that were homeschooled specifically so they could concentrate on dancing, CDC Studios’ group routines all placed in the top three of the elite sections – Teen Contemporary, Pre-Teen Lyrical and Teen Lyrical – before being named the Overall Pre-Teen National Champion and Overall Teen Runner Up National Champions.
With Studio Director Mel Coady at the helm and ably choreographed by Hannah Stewart, the dancers are still in shock at their success.
One of the dancer’s mums Melita Skurray said: “I think the highlight besides winning, of course, was when during their Lyrical routine the music just stopped yet not one of them paused for a second.
“About 30 seconds later, the music kicked back in and they were at the exact count of the music and continued like true professionals. We are extremely proud of how these girls handle themselves both on and off stage. Such hard-working, disciplined, dedicated and talented girls.”
Now as well as perfecting their moves for the world championships, the dancers are busy fundraising to get to Italy and invite residents to visit their cake stalls and sausage sizzles on Saturday mornings outside the studio near Hurlstone Park Station.
For more info or to donate, visit cdcstudios.com.au.