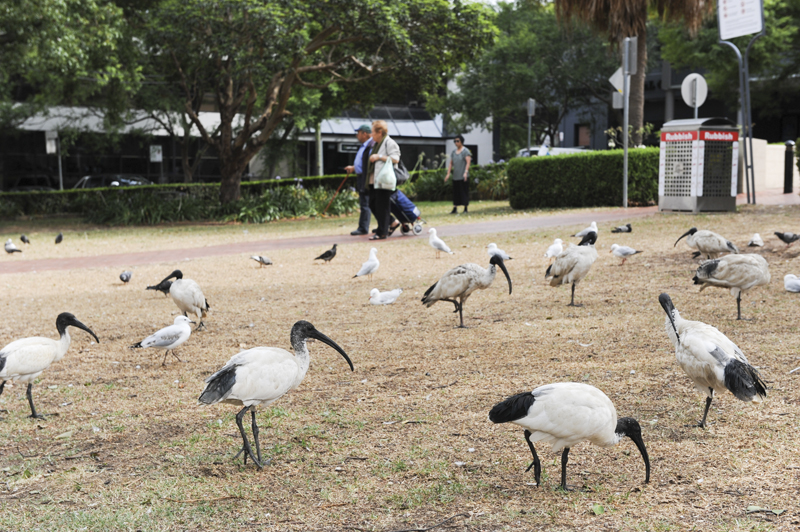 THE State Government will be asked to help manage the increasing Ibis population.
Drought conditions have forced the birds out of their traditional inland breeding grounds and into urban area over the last couple of decades, with thousands now roosting and foraging throughout Canterbury Bankstown.
Cr Philip Madirazza says that while it is recognised they are native animals, the Australian White Ibis – commonly referred to as the ‘bin chicken’ as it is often seen scavenging in and around rubbish bins – has become a major “nuisance” in our urban streets and parks.
“Unfortunately, they have become a pest as they smell and create a mess on private properties and council land,” he said.
A request by Cr Madirazza will now see the council write to the State Government requesting they develop a metropolitan wide response to the management of Ibis in the urban environment, including reducing government restrictions, to assist the council and the community in undertaking control.
The council developed an Ibis Management Plan, however this only applies for the management of ibis on council land.
It is also restrictive in how the council can undertake controls for Ibis in urban streets.
“While it is recognised these are native animals, protected under the NSW Biodiversity Conservation Act 2016, more should be done to allow the council and the community to undertake controls,” Cr Madirazza said.
Lake Gillawarna’s scavenging Ibis population, once reputed to be the largest in the state, has significantly been reduced in recent years after a management plan was put in place by Bankstown City Council in 2015.