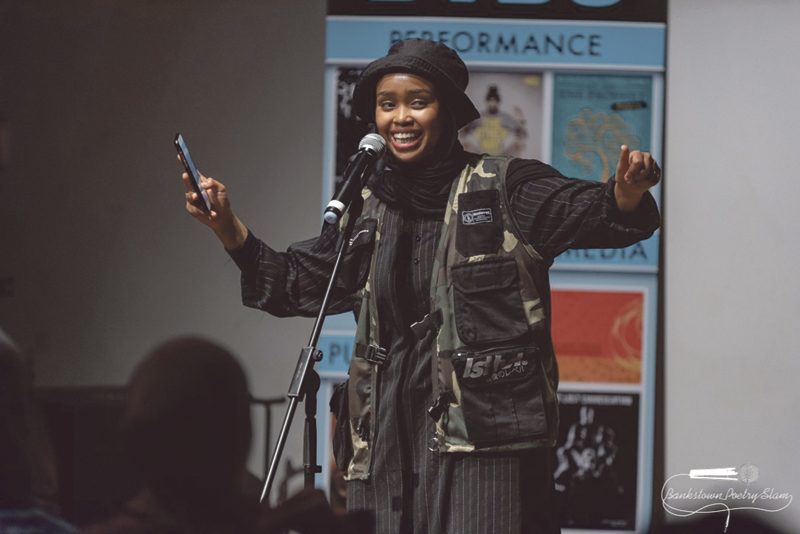 KICKING off the New Year with a bang, Bankstown Poetry Slam (BPS) will be hosting their fifth annual Grand Slam, this time in special conjunction with Sydney Festival.

From humble beginnings to starring as one of the nation’s elite poetry organisations, BPS has bulldozed its way into the arts industry with incredible talent steering the way.
The best of the best wordsmiths from each monthly Bankstown slam have formed seven teams and will battle it out in a two-round event, working collaboratively to score part of the total cash prize of $7,000.
Halima Jamaa, 19, will enter the Grand Slam as a first-time contestant, and owes the positive trajectory in her life to BPS itself.
“As a young poet, being surrounded by the BPS team that genuinely believe in you and your work and have your best interests at heart, betters you as a person,” she said.
A more long-standing participant, Kevin Ngo will also be competing this year.
“Every year the Grand Slam grows bigger, whether in terms of audience size, venue or prestige but this year especially I think the quality of performers has been the highest it’s ever been,” he said.
The 2020 Grand Slam is this Tuesday, January 21, at the Seymour Centre; tickets available at sydneyfestival.org.au.