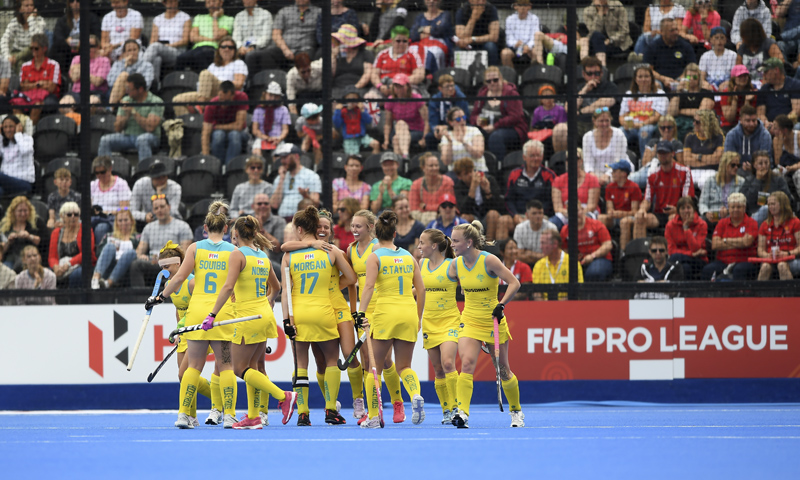 Newington’s Player of Year to give them stick

NEWINGTON’S own Kaitlin Nobbs will join her Hockeyroo teammates at the Sydney Olympic Park Hockey Centre over the Australia Day long weekend to take on powerhouse Belgium in the opening match of their 2020 FIH Pro League campaign.

Nobbs was named joint 2019 Hockeyroos Player of the Year with Jane Claxton at the Hockey Australia Awards night last month and is on track for another good season.
The Hockeyroos will be attempting to go one better in this year’s competition after going down to the Netherlands in a penalty shootout in last year’s final and finishing runners-up.
However the opening game will be a tough one for the Australian women, with Belgium beating the Hockeyroos both times they played them in 2019.
An international men’s and women’s competition held annually, the second edition of the FIH Pro League sees Australia’s mens team, the world number one ranked Kookaburras, enter as the reigning champions.
Hockey Australia CEO Matt Favier said the home matches in Sydney provided a great opportunity.
“Not only the hockey community but the Australian sporting public who will get to see our elite national teams in action,” he said.
“There are fantastic ticket offerings, particularly for families, and there is nothing like watching world class hockey live.
“We encourage everyone to come out and support the Hockeyroos and Kookaburras in what will be their only international matches on home soil before they head to Tokyo.”
The Aussie teams will also take on Great Britain, whose women’s team are the reigning Olympic gold medalists, on February 1 and 2.
Tickets: 132 849 or visit ticketek.com.au.