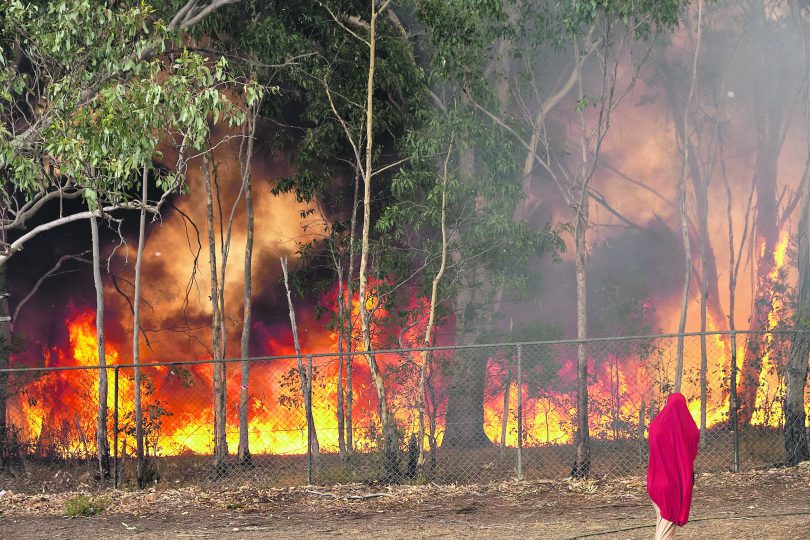 AS fires swept across the state last week firefighters rushed to Georges Hall to battle a ferocious blaze which broke out in nearby bushland and threatened houses on Saturday afternoon.
While residents were grateful for the efforts of firefighters in saving their homes they were furious to discover that investigators believe the fire in The Crest Reserve was deliberately lit.
Police have asked anyone with a dashcam who was in the vicinity of Rex Road between 1pm and 2pm to contact Bankstown Police on 9783 2199, or Crime Stoppers on 1800 333 000.