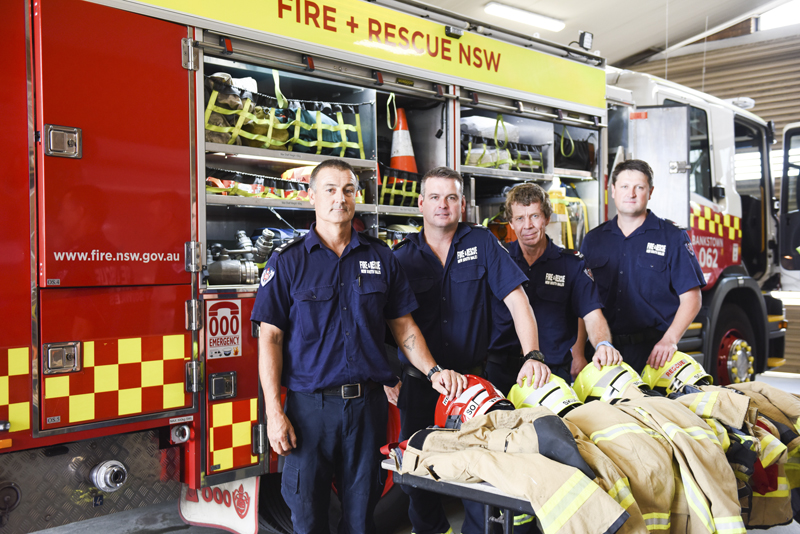 FIREFIGHTERS from Lakemba Fire Station were among the resources redeployed to Sydney’s outskirts over the weekend to deal with forecast catastrophic fire conditions as the State Government declared its third State of Emergency in eight weeks.

The seven-day emergency declaration came into effect on Friday, giving additional powers to Rural Fire Service (RFS) commissioner Shane Fitzsimmons, including the authority to order evacuations, close roads, and order the shut down of essential utilities where needed.
Premier Gladys Berejiklian said the declaration was vital to the safety of NSW communities describing the situation as the “most devastating bushfire season in living memory”.
An RFS spokesperson said the best way for people to now help is to donate money.
“This allows people to buy the things they need, and it supports local businesses which have also been impacted,” he said.
“We know many people want to donate physical items such as food and clothing but these take up much needed community space.”
Appeals established to support those affected by the bush fires, include Australian Red Cross Disaster Recovery and Relief, Salvation Army Disaster Appeal and the St Vincent de Paul Society Bushfire Appeal (NSW).
Other organisations providing support in fire affected areas include Blazeaid and the Port Macquarie Koala Hospital.
Dedicated accounts have also been set up to support the families of RFS volunteers Samuel McPaul, Geoffrey Keaton and Andrew O’Dwyer who lost their lives battling the blazes last month.
For more information visit rfs.nsw.gov.au.