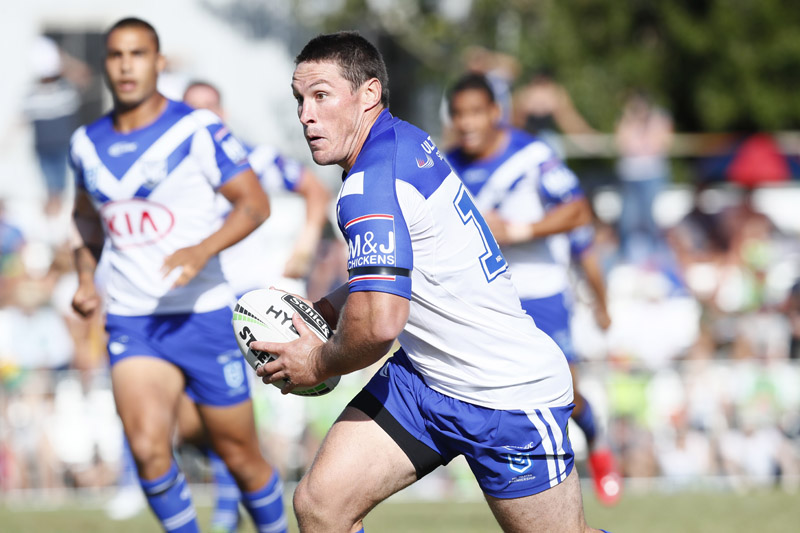 BULLDOGS skipper Josh Jackson (pictured) has re-signed for at least another three years.
Fans received the good news just before Christmas with ‘Mr Consistency’, Jackson re-signing until 2022.
Leading the way through his performances and being a great example on and off the field, he played in every game for the club in 2019 and finished the season with 3 tries, 16 offloads, 903 tackles and 2482 running metres.
The hard working 28-year-old, who made his debut in 2012, in his his ninth season with the Bulldogs and will look to continue the consistency in performance that saw him achieve a 90.2 tackle efficiency rating and average over 100 run metres per game last season.
He also played in nine State of Origin matches between 2015 and 2017, was awarded the Brad Fittler Medal for Blues’ Player of the Series in 2016, represented Australia in two Test matches in the Four Nations tournament in 2014 and last season was named the Bulldogs Clubman of the Year and also claimed the Provan Summons Medal for Sportsmanship at the Dally M Awards.
Bulldogs Chief Executive Andrew Hill said Jackson is an incredibly popular figure at Belmore and “he represents everything that is great about our club in the way that he carries himself on and off the field”.
“He is a quality player who leads from the front every week but just as importantly he is an outstanding person who contributes a great deal in the community and is loved by all of our supporters,” Mr Hill said.
“I know how much this club means to Josh and the pride he has in putting on the jersey every week so it is great that he has committed to what we are building here now and for the future.”
Jackson is recovering from minor groin surgery but will be ready for the club’s trials.