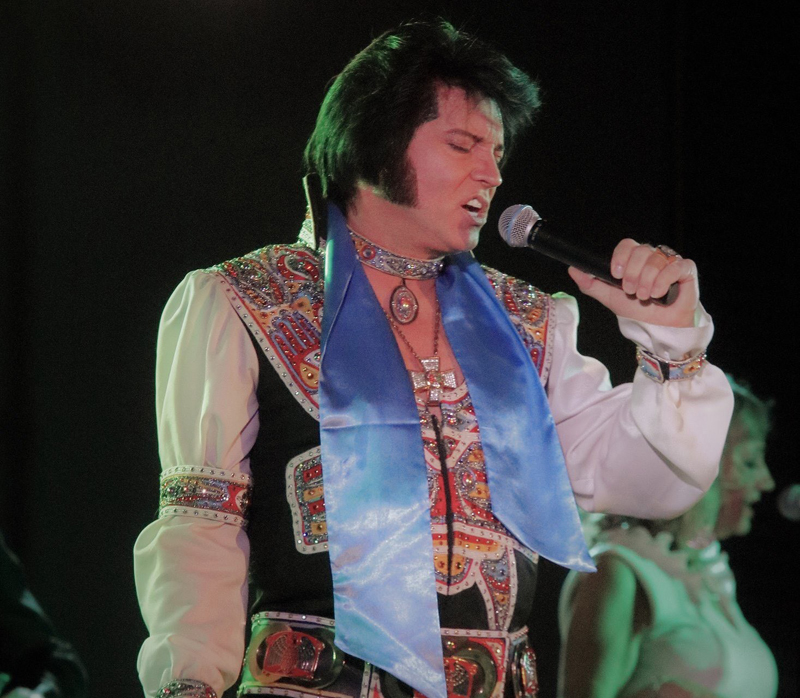 WHAT separates the cream of the crop from all those who attempt to pay homage to the King? Come see Bill Cherry, who marvellously performs as Elvis and find out for yourself.

Having grown up listening to the King, Elvis was Bill’s first inspiration. As a child, he would avidly watch all of Elvis’ movies and listen to his records.
And when he wasn’t listening to Elvis, or the other greats of the time – like the Beatles or Johnny Cash – he was honing his own vocal skills. Singing along with his father, Bill’s home grown musical talent has now taken him far and wide.
Known to be one of the most authentic Elvis Presley tribute acts in the world, he completely transforms himself into the King of rock ‘n’ roll.
With precise vocals, movements, and an uncanny physical resemblance, Bill’s interpretive style is instantly recognisable and embraced by his audience. From the most tender love ballads, to the hard-rockin’ show stoppers, he delivers each song with impeccable energy, spirit and heart, like that of his mentor.
One of Australia’s top Elvis tribute artists, Jack Gatto will join Bill on tour with an amazing set and tribute to the king. You will be amazed at the uncanny resemblance both these acts have on stage to the King.
Catch the show at Canterbury Hurlstone Park RSL on Saturday, January 18.
Tickets: $59.90 and are available at chrpsl.com.au.