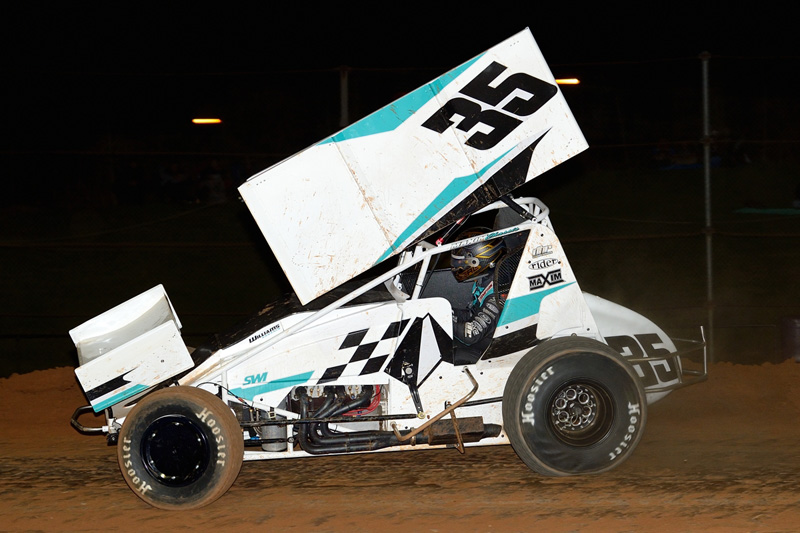 THE “real deal” Jamie Veal could be racing anywhere this Christmas-New year in Australia but he’s not. He’s racing here.
The Warrnambool Victoria driver is domiciled in Parramatta for the entire Ultimate Sydney Speedweek Series in a move that is guaranteed to excite the fans and cause some trepidation for his rivals.
The Warrnambool Classic winner, World Series Sprintcars Champion and Ultimate Sprintcar Championship victor will saddle up for eight nights until January 18 adding a huge wild card and pre-race favourite factor to a series already bursting with international and national talent.
Fresh off a NZ tour at Western Springs Speedway and Bay Park Speedway where he represented team Australia, Veal comes into the Speedweek with seven main events wins already this season under his belt.
Success was plentiful at the Chariots of Thunder Series in Darwin during the pre-season plus he won at Hi-Tec Oils Toowoomba Speedway, Valvoline Raceway and his home track Premier Speedway Warrnambool.
His record at Parramatta speaks for itself.
In a relatively short time he has shot up the all-time winner’s list with 18 victories which puts him 14th on the history list – in just six short years really.
In fact, he’ll celebrate the sixth anniversary of his career-first VR win on January 1 which came back in 2013.
Since then the second-generation racer has unlocked the secret to Sydney success and is rarely outside the podium.
Catch him in action on January 1, 4, 11 and 17/18.