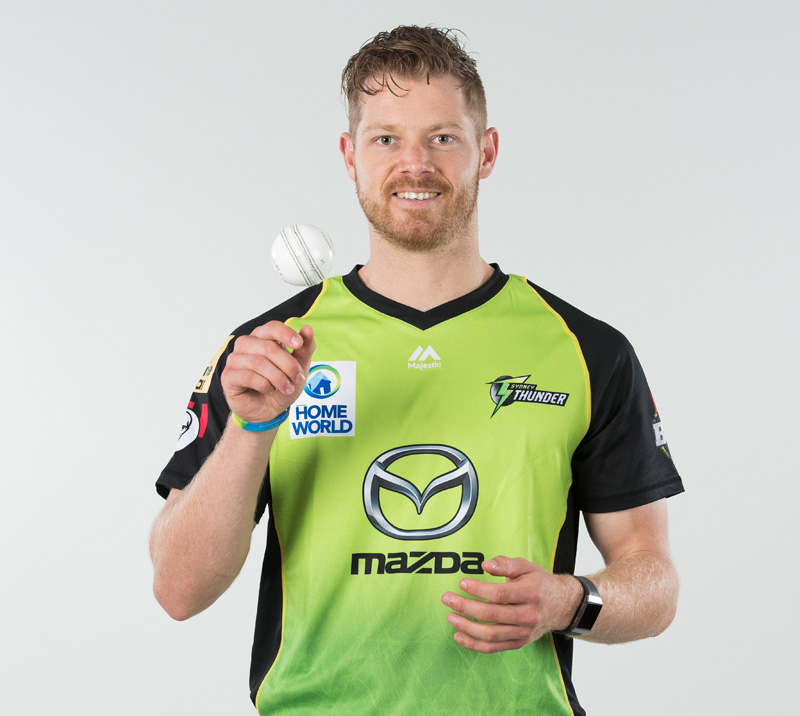 LAUNCHING into the New Year with plenty of fanfare, Sydney Thunder supporters have a chance to see their team play in Western Sydney for the first time this Big Bash League (BBL) season.

The Thunder will be hoping to repeat the result of their 2015-16 season grand final win when the lime-green machine take on the Melbourne Stars at Sydney Showground on Thursday, January 2, from 3.40pm.
This year’s squad includes Bankstown Cricket Club’s all-rounder Nathan McAndrew who has been part of the Thunder team since their fifth BBL Championship winning season, including playing in that season’s semi-final against the Adelaide Strikers.
Last season, the right-arm quick played four games for the Thunder, bowling at an economy rate of 11.17.
The 26-year-old, who had his BBL contract extended for two more seasons last month, says he feels as though he’s matured “as a person and cricketer” in his time with the team.
“I’ve come a long way since coming in like a deer in the headlights because I was straight out of club cricket and in the BBL,” he said.
“I hadn’t been a part of any cricket pathway program, so to make my BBL debut in front of 30,000 people, was a shock to the system.
“I’d like to think I’m now showing I can be an all-rounder at this level.”
Sydney Thunder coach Shane Bond said the multi-skilled McAndrew ticked many boxes as a member of the squad.
“Nathan bats, bowls and fields,” he said.
“Nathan continues to develop into a fine cricketer. He’s getting reward for his hard work and commitment and we believe he has a great skill set for T20 cricket.
“He’s also bowling a good pace which is always nice to have in your group.”
Tickets: sydneythunder.com.au/tickets.