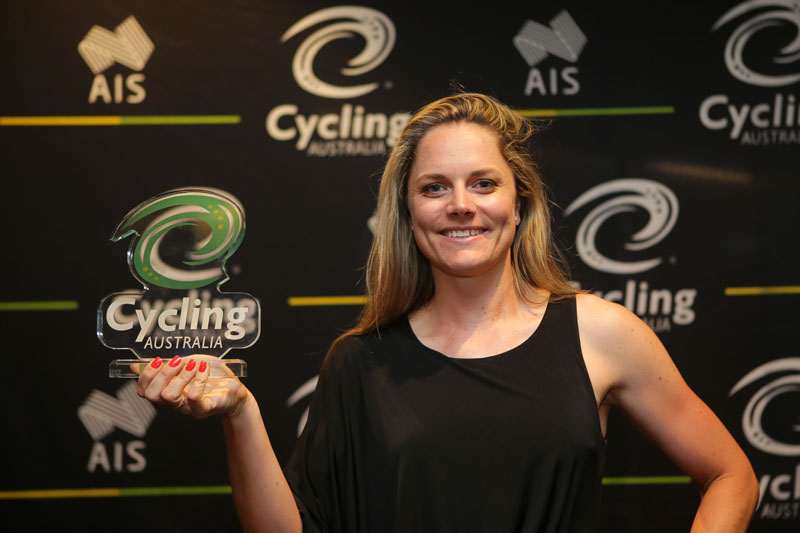 WRAPPING up an year of amazing achievements on the bike, Menai’s Ashlee Ankudinoff has been named Australia’s Elite Female Track Cyclist of the Year.

During 2019, Ankudinoff won dual crowns at the World Championships, firstly in the team pursuit with Annette Edmondson, Amy Cure, Alexandra Manly and Georgia Baker, before soloing to an individual pursuit crown.
Accepting the honour at the 2019 Cyclist of the Year Awards hosted by Cycling Australia held in Brisbane on December 16, the 29 year-old described the win as “pretty humbling”.

“I’ve been in this sport for 10 years now and it’s been a long time coming,” she said.
“I’ve had a successful career and now I am getting towards the end so it’s really nice to come here and celebrate the success, not just the success of myself but of others.
“I definitely think I am in the form of my life. I have a great support network back in Adelaide and the environment there is unbelievable.
“I have trust in the process in what we’re doing. I go to training every day knowing that I have the support from everyone from the Cycling Australia staff.
“Olympic gold is why I am still riding. I definitely would not be riding if I had ticked all my goals off and the Olympic gold is definitely one, and hopefully next August I can do that.”
In a year which saw him claim 22 podium appearances and several stage wins on the World Tour in his first year with Lotto Soudal, Caleb Ewan was also named the 63rd Sir Hubert ‘Oppy’ Opperman Medal winner for 2019 Cyclist of the Year.