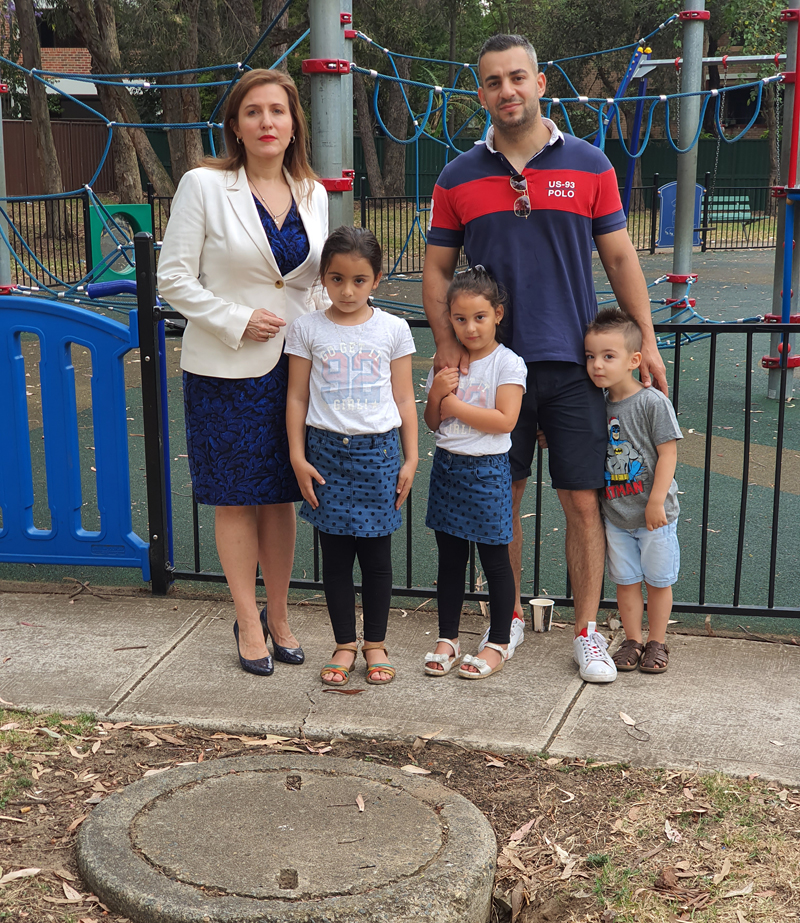 WORK to cordon off a partially exposed drain sewer next to a children’s playground at RM Campbell Reserve in Bankstown, began just hours after the issue was raised by the Torch with Sydney Water and Canterbury Bankstown Council.

State MP for Bankstown, Tania Mihailuk, has now called for a thorough check to be carried out on all drains and sewer lines in public parks.
“As summer approaches, more families and young children will be using our parks – Sydney Water and the council need to ensure the safety of everyone using public spaces,” she said.
“Children should be free to play safely in public parks without parents having to worry about potential hazards caused by neglected drain and sewer lines.”
Ms Mihailuk said the problem was first reported more than 12 months ago by nearby residents.
Describing it as a “serious safety issue”, resident Rabih Elkassir was critical of how long it took to deal with the problem.
“There’s kids playing in these parks, running around near the swings, it only takes a second and one of them could be seriously hurt from something that is an easy fix,” he said.
A Canterbury Bankstown Council spokesperson said they flagged their concerns with Sydney Water in November last year.
Offering an apology for the hazard, a Sydney Water spokesperson said the cover had been completely replaced now with one of Sydney Water’s newer maintenance hole covers.”
“Our technician was unable to locate and fix the problem previously as we were not given enough details,” she said.
“We strongly encourage the community to report to us anything that causes concern by calling 13 20 90.”