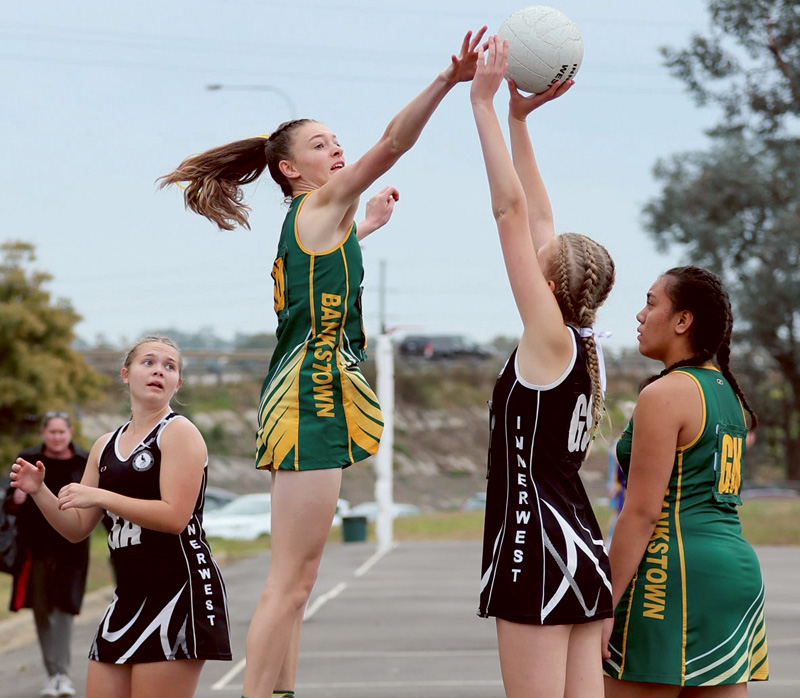 SHOWING potential as a five-year-old in the Net Set Go program, Bankstown City Netball Association’s Amelia Kirgan has been offered a contract to play with ERNA Hawks in their under 23 Premier League side in 2020.

“As a 15-year-old Bankstown Junior Representative player, who is also through to stage III of the NSW State under 17s team, to be selected in such a team is an amazing achievement,” a BCNA spokesperson said.
In another coup, Amelia has also been offered a position in the Swifts Academy in the 2020 season.
Starting with St Christopher’s Netball Club at age six, Amelia has also umpired for two years as well as co-coaching.
“A true all round sportsperson who is always willing to assist others in netball, Amelia is a humble girl with huge potential,” the BCNA spokesperson added.
“Bankstown is so proud of Amelia and wish her all the success in the 2020 season.”
Amelia said: “I would like to make the U17s state team and be a training partner with the Sydney Swifts within five years.”