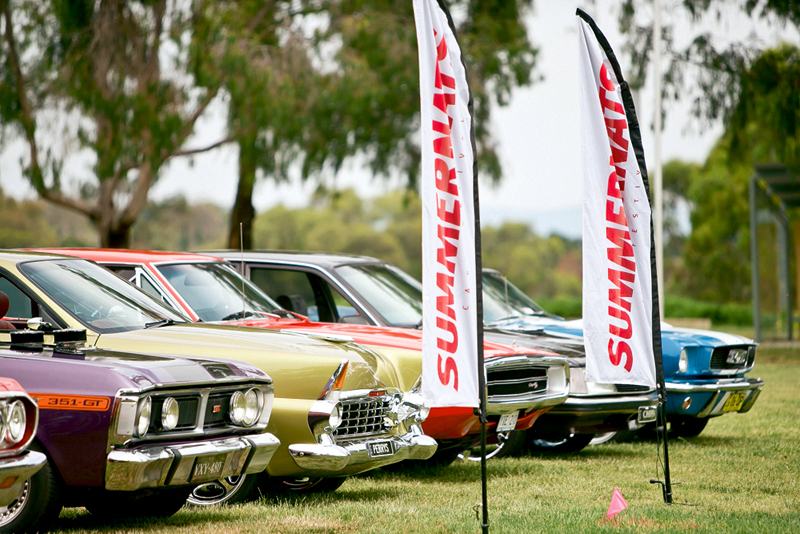 THE world’s wildest car festival, the Street Machine Summernats, will roll into Canberra in January and we’re giving six lucky readers the chance to win a day pass.

The Summernats, in conjunction with the Canterbury Bankstown Torch, will be giving away six double day passes.
Sponsored by Rare Spares, the Summernats delivers four days of high-octane extreme auto action including Australia’s top street machine competition, the motorised insanity of the Burnout Masters, horsepower heroics, Australia’s biggest motor retail trade show, the Body Art Nationals, two nights of massive concerts and so much more.
“It’s all set against a backdrop of burnt rubber, rock ‘n’ roll, and the roar of the crowd as we search for the Street Machine Summernats Grand Champion,” organisers said.
Organisers have announced a hot music line-up including high voltage rockers Airbourne and two of Australia’s greatest hip hop acts, Bliss N Eso and Kerser.
MC Bliss said the Summernats had always been one of their favourite events to play at and connect with our fans.
“Most people know our love of cars as well, so we are stoked to once again be back on the live stage,” he said.
To enter visit the competitions page at localnewsplus.com.au. Competition closes December 18.