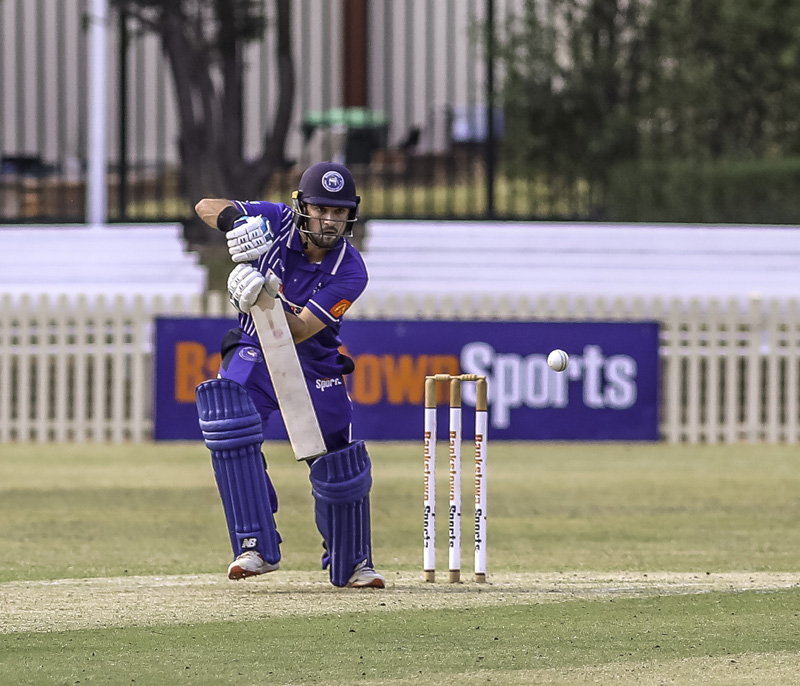 NICK Carruthers smashed the ball around the paddock in the Bulldogs’ comprehensive semi-final win over Northern Districts in the Kingsgrove Sports T20 Cup.

Bankstown totalled a mere 218 but it proved more than enough as the Stags tumbled to 185.

Gordon had started the run chase well, however Matt Bursa clean bowled two of the top order Stags and lively Tushaar Garg captured a wicket with the help of reliable keeper Cameron Middleton to get the Bulldogs barking with 3-71.

When play resumed this Saturday, representative player Nathan McAndrew ripped the heart out of the Stags’ batting as they stumbled towards defeat.

The classy allrounder uprooted the stumps of Crawford then added two more victims.

The home side was in dire straits with 6-115 but then their woes were exacerbated when incisive Jarred Lysaught captured a handy double.

This left the Stags struggling at 8-120 and they looked to be history.

Ben Le Bas took a wicket as the Bulldogs closed in for the kill but the Stags were not finished yet.

The last Gordon batting pair of Charlie Stobo (35) and Ashwin Premkumar (34 not out) defied all attempts to remove them and batted very sensibly.

They threatened danger and the Bulldogs bark was starting to sound more like a whimper. A 65-run partnership was a source of frustration as the pair strutted their stuff.

To the rescue, came the ever-vigilant Mark Stoneman and Cameron Middleton who combined for an invaluable run out which ended the stubborn resistance.

The Bulldogs breathed a collective sigh of relief as they collected the six points which kept them in touch with the other leaders.

McAndrew grabbed the bowling honours with 3-48 from 16 excellent overs and can always be relied to give 100 per cent with bat and ball. He is a vital cog in the Bulldogs machinery and a very talented player. Bursa claimed 2-31 and the wickets were crucial.