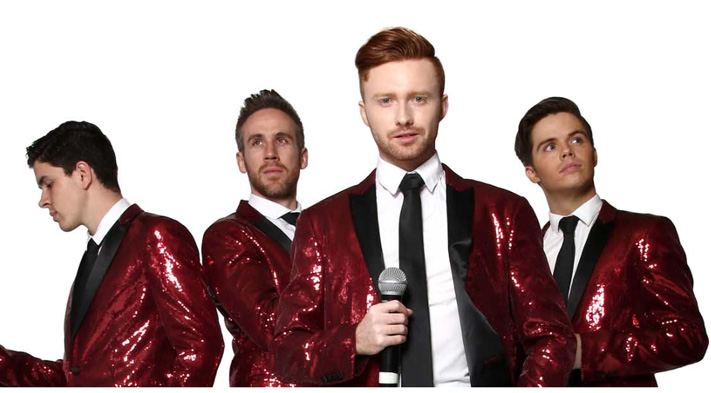 RING in the New Year with The Vallies at Bankstown Sports

The Vallies’ all singing, all dancing tribute to the music of Frankie Valli and the Four Seasons, takes you through the hits that shaped a generation.
But not just the sounds of the Four Seasons, The Vallies will showcase the music of Motown and Rock ‘n’ Roll groups like The Temptations, The Drifters, The Righteous Brothers, The Beatles, Johnny O’Keefe and even the Bee Gees – guaranteed to get you up and dancing.
A night of glitz and glamour, it will be hosted by award winning vocalist Monique Montez and also feature The Shy Guys.
The show will be on Tuesday, December 31, in The Grand Ballroom, featuring a delicious three-course dinner, live entertainment all night long and fireworks on the big screen at midnight.
Tickets: $130. Book your table now at bankstownsports.com.