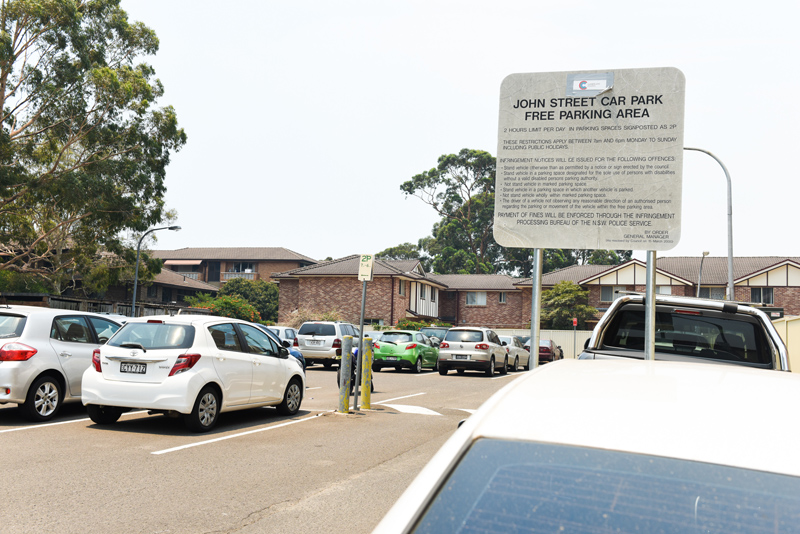 A COUNCIL-OWNED car park at Lidcombe is set to be put up for sale.

During a closed session at last week’s council meeting addressed by Matt Sonter on behalf of an unnamed proponent, an unsolicited offer to buy the contentious council-owned car park at 13 John Street, was rejected.
However 10 of the 12 councillors at the meeting opted to put the site up for sale via a public process, with Councillors Ned Attie and Michael Zaiter failing in a bid to have the council enter further negotiations with the potential buyer.
A majority of the councillors also called for a further report detailing any recommended special conditions of sale for inclusion in contract documents.
It isn’t the first time the site has been proposed for sale, with Sydney Constructions and Developments (SCD), a company partly owned by controversial Lidcombe developer Salim Mehajer, entering into a contract with the then Auburn City council to buy it in 2011 for $6.5 million.
One of the conditions of the initial sale contract, was that the subsequent development application include a supermarket of at least 2,000sqm and that development consent be obtained within 12 months.
Those conditions were not met and a number of contract changes were negotiated as both the sale settlement and development application process dragged on before the council eventually attempted to rescind the sale process in 2015.
Elected to Auburn Council in 2012, Mr Mehajer wasn’t a councillor at the time of the property’s initial purchase, however the circumstances surrounding several of the subsequent contract changes, were investigated during the 2016 public inquiry into Auburn Council.
While Auburn was suspended and then merged to become Cumberland Council and under Administrator Viv May, the sale of the property was eventually scrapped.