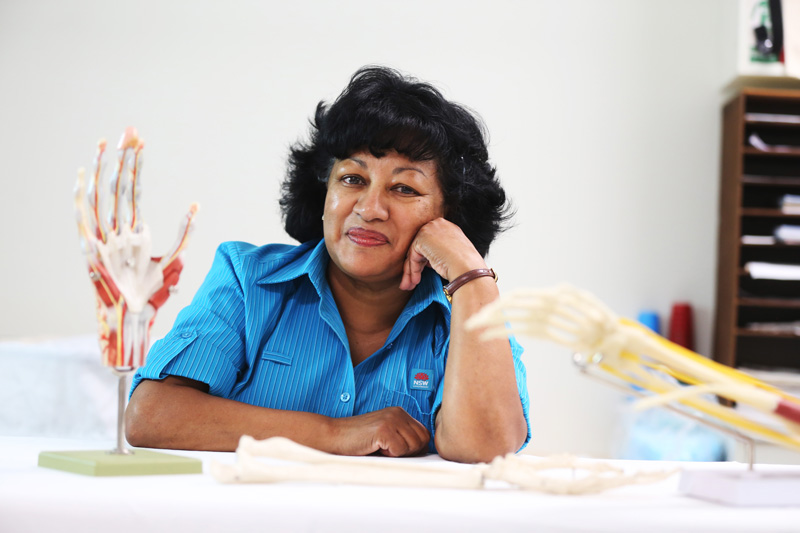 CALLING it a day after 38 years at Auburn Hospital, physiotherapist Ranji Jayawardena remembers treating her first patient, a 17-year-old apprentice with a mangled hand.

“I found out he had a two-year-old child and that really hit me as I had just returned from maternity leave,” she said.
“Sixteen years later, I ended up treating that child for a fracture. His Dad still remembered me and was grateful for what we had done for him.”
Originally wanting to be a teacher, she ended up studying physiotherapy in Sri Lanka and working in London before moving to Australia with her husband in 1981.
She then spent six months volunteering at Auburn Hospital while completing her Australian accreditation.
“As soon as I finished the exam there was a vacancy here, so they offered me the role and I never left,” she said.
In 1989, she began specialising in hand therapy as part of the hospital’s newly-opened plastic surgery department, helping people recover from hand injuries and surgery.
“The hand is a very sensitive organ and quite complex; it takes up a large area in the brain. My work is like a jigsaw puzzle with gradual progress,” she said.
While enjoying every moment of her satisfying career, she says at 64, her body is telling her it’s time to slow down.
“I am so grateful that I became a physiotherapist accidentally and came to Auburn accidentally.
“I have never felt bored or unhappy in my work. People put their trust in us, which is such a privilege, and to uphold that gives me great satisfaction.”