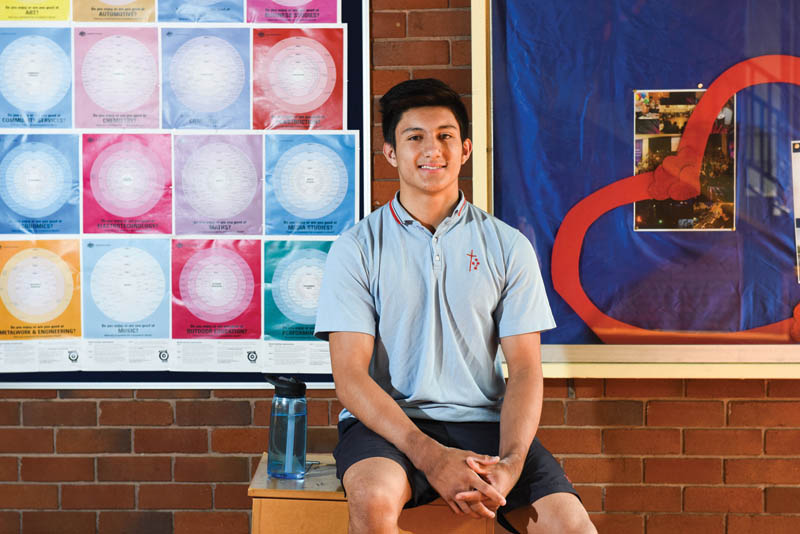 On track to achieve Games’ dream

BALANCING schoolwork with a six-day-a-week gymnastics training schedule isn’t easy but Regents Park teenager Jose Caballero’s dedication has paid off this year.
The 15-year-old who wants to study architecture, took overall first place at the NSW State finals in April, was crowned the 2019 Level 9 Under 17 NSW Champion and in May, he finished second overall at the Australian National Championships in Melbourne.
In September, he also won gold as part of a NSW team competing in the Mental Health Foundation Men’s London Open and last month, he picked up more gold at both the 16th Austrian Future Cup and the Czech Republic for the Olympic Hopes competition.
While he’s happy to have won gold at three international competitions in his favourite event, the pommel horse, the Year 10 Trinity Catholic College student admits it has been a bit of a roller-coaster ride over the past couple of years.
In 2016, an ankle injury temporarily derailed his gymnastics career, however he’s now fully recovered and back on track to achieve his longer term dream of representing Australia at the Commonwealth Games and the 2024 Olympic Games in Paris.
“I really enjoy doing pommel horse, it shows the most fluidity. It’s the most flowing apparatus and I think it’s the most graceful,” he said.
“Pommel horse is one of the harder of the six apparatus. The amount of strain on your forearms and wrists is unbearable sometimes.”