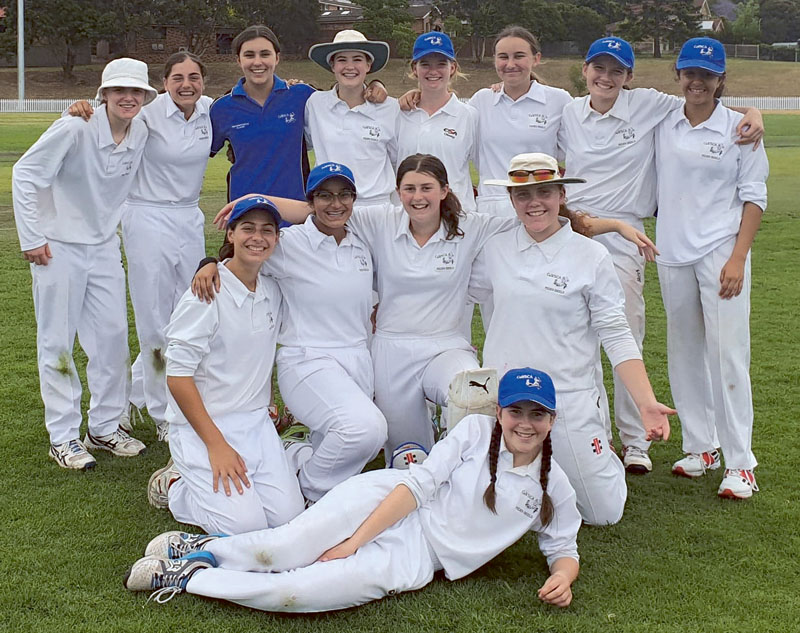 CANTERBURY and Western Suburbs Cricket Association (CWSCA) Margaret Peden U15 girls may not have won the grand final against North Shore at the weekend but five of its players have been selected in the NSW U15 Metropolitan State squad – Grace Bryson-Smith, Samira Dimeglio, Sonya Kalachian, Eva Ragg and Frankie Nicklin.
Despite losing, the Peden girls were the only CWSA team to make the grand final which, according to a spokesperson, was an amazing match.
The final score saw North Shore, 2/305 and CWSCA, 10/247, with the last wicket falling on the last ball.

Highlights from the game include batting by Frankie Nicklin, 101, and Samira Dimeglio, 74, while for bowling, Grace Bryson-Smith, 1-54 off 10.
Highlights of the season, include a record for the highest team score ever in a Peden game 470 (50 overs); highest individual score in a Peden game, with Samira Dimeglio scording 198 n/o; and the first time the girls have played Reps at Pratten Park.
CSWCA Girls Representative Convenor Ross Martin said: “The association is really proud of the team. With over 500 runs in the final, the standard of cricket was exceptional, as was the way the talented girls played the game.
“Congratulations to all involved and especially to those five players selected in the state side. Umpire Arthur Watson noted after the game that both teams played with the true spirit of cricket and it was great to see.”