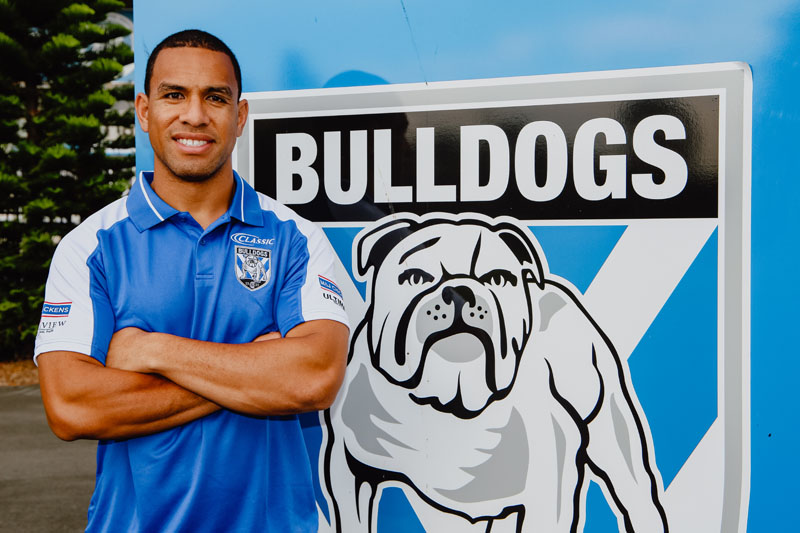 WILL Hopoate (pictured) is remaining a Bulldog until 2021.

Off the back of an amazing season – in which he was named the Bulldogs player of the year – the former NSW Blue played 24 matches this year and ran for a very impressive 154.6 metres per game to go along with his five tries and his tackle efficiency rate of 84.2 per cent.
He started as fullback at the start of the year before he transitioned into the centres which elevated his game further.
Phil Gould praised him by saying “his form since moving into the centres has been tremendous”. His class along with his consistency led to him being named the Bulldogs player of the year.
His head coach Dean Pay was delighted with the news of Will resigning saying “Will has just come off an outstanding season and it is great news for the club that he has committed to us until the end of 2021”.
On the Bulldogs awards night, Hopoate expressed his gratitude, saying “I’m grateful for this club”.