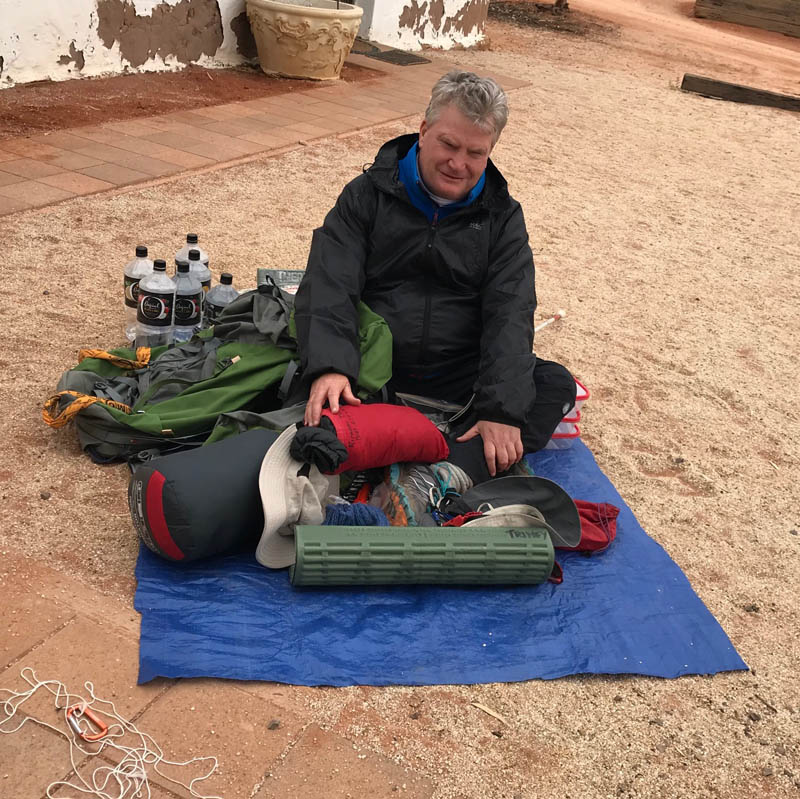 Doesn’t let anything get in way of his adventures

BLIND since an accident at the age of seven, Padstow resident Nick Gleeson has won the Spirit of Adventure award at the Australian Geographic Society’s Awards for Adventure and Conservation.
An extraordinary Australian whose passion for sport and adventure is inspiring, his record of achievement in these fields would be truly extraordinary even for a fully sighted person.
In May 2018, Nick completed a three-day solo trek of Island Lagoon, a salt lake in remote South Australia without his seeing eye dog, Unity.
He has climbed Mount Kilimanjaro, visited the Everest Base Camp, trekked through New Zealand, competed in many marathons, scaled the steps of New York’s Empire State Building, represented Australia in athletics three times, and has played blind cricket for almost 20 seasons representing Victoria, NSW and Australia.
He also carried the baton in the Queen’s Baton Relay for the 2018 Gold Coast Commonwealth Games, and ran with the Olympic torch ahead of the 2000 Olympics in Sydney.
In 2002, Nick received the AG Society’s Spirit of Adventure for his climb of Mt Kilimanjaro in Tanzania. After that achievement, he was adventuring in New Zealand when he had the chance to meet his hero Sir Edmund Hillary at Hillary’s own home.
Nick’s not just a sportsman and adventurer, he’s also a passionate advocate for the rights of people with disabilities, a speaker and a gifted writer.
“It was great to win the award,” Nick said.
“My dog Unity was also presented with a medallion.
“The advice I give to others for success is to identify what you want and then pursue it with passion.”
Nick said he and wife Heather, who is also blind, moved to Padstow over 30 years with children Belinda and Peter and couldn’t wish for a better community.
“We love living here and have met so many wonderful people.”