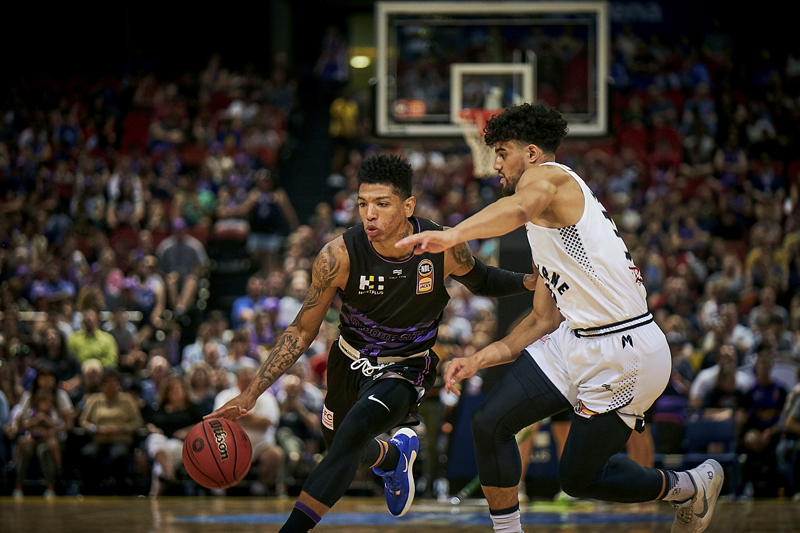 AVENGING their only loss in Round 5, the Sydney Kings put on a dominant performance to thump rivals Melbourne United 111-101 at Qudos Bank Arena.

Kings’ lead scorer Casper Ware finished with 27 points, including a dramatic three-pointer popped from nearly halfway down the court with a second to spare at the half-time buzzer that had the 9,512-strong crowd on its feet.
Ware warned the other NBL teams that the Kings hadn’t yet peaked and would only get better – especially with the injured Kevin Lisch, Craig Moller coming back into the team and new recruit Xavier Cooks.
Jae’Sean Tate also had a blinder with an energetic 25 points, Brad Newley made 14, and Deshon Taylor had his best game in Kings colours with 12 points and three assists, while the ever present Andrew Bogut made nine baskets.
In the final quarter, the visitors did manage to outscore the Kings 23-15 but the game never looked in real doubt.
Coach Will Weaver said he felt like it was their best game of the year.
“Ultimately, our offence is about space and unselfish play, and trusting our teammates are going to work hard for us the way we need to work hard for them, and I thought our guys did a fantastic job of that.”
The Kings could create club history if they beat Perth in the west this Friday and Cairns at home on Sunday.