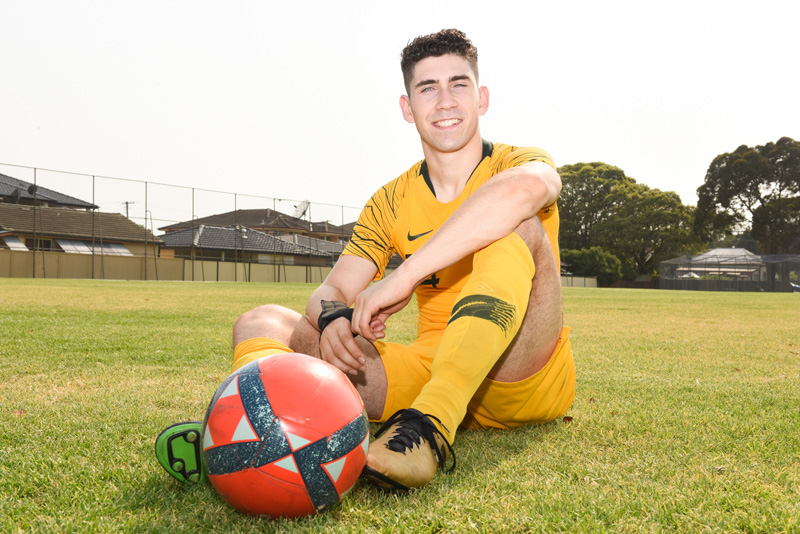 FORMER Granville Kewpies player Augustine Murphy (pictured) says he’s excited to be selected for the Australian Pararoos side taking on Canada in a friendly at Cromer Park on the Northern Beaches this Saturday, November 30, at 5.30pm.

Murphy has played nine international games for the Pararoos, scoring a goal in their 2019 IFCPF World Cup clash with the Canadians in Spain in July this year, which the Aussies won 4-2 to finish 11th in the tournament. The 19-year-old first made the national team for players with cerebral palsy, acquired brain injury or symptoms of stroke two years ago and says they feel confident heading into this game.
While his love of soccer started young, so did the seizures he began experiencing at the age of three which gradually got more frequent and severe as he got older.
In November 2013 an operation on his brain which succeeded in stopping his seizures, also left him with severe weakness in his right arm and leg, however he says training and playing soccer with the Pararoos has definitely helped him recover after doctors warned he may not even walk again.
“I was always on the path of playing football before this happened,” he said.
“Soccer has helped my lifestyle, it has helped me to eat healthy and stay fit. It’s made me more disciplined as well.”
Pararoos Head Coach Kai Lammert said Australia’s 14-strong squad were looking forward to playing their first official game on home soil in 19 years.
“Fans that come to the game on November 30 will see a team made up of a range of different ages, backgrounds, and experiences,” he said.
Details: pararoos.com.au.