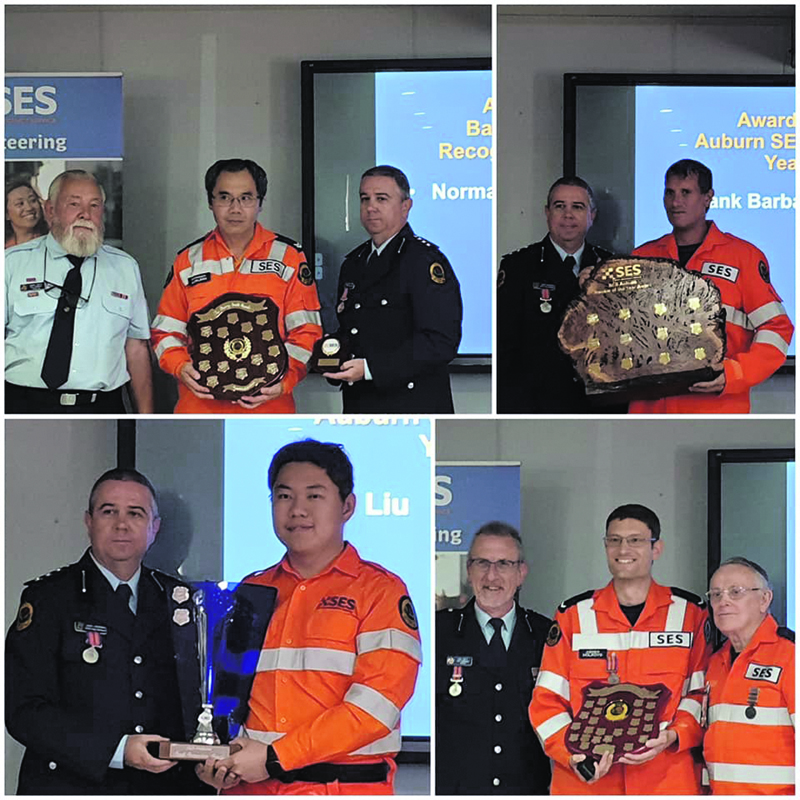 THE ribbon has been officially cut on a new multipurpose training building for NSW State Emergency Service (SES) volunteers at Auburn.

More than 120 volunteers and dignitaries attended the official opening, and Auburn SES acting unit commander, Jamie Newman, said the facility would be used by SES members from the Auburn, Holroyd and Parramatta units, along with other SES units across the Metro Zone, St John Ambulance, Fire and Rescue NSW, NSW Police and council staff.
“This Training Centre was only possible due to the Infrastructure Grant from the Office of Responsible Gambling,” he said.
“The building has full Skype and Audio Visual systems, and can be divided into two separate rooms. The training building sits next to an newly constructed Urban Search and Rescue (USAR) training area, which will be utilised by all emergency services to train in specialised search and rescue techniques in and around collapsed buildings.”
Mr Newman said they also celebrated the Long Service and other Special awards on the day, with the Barry Smith Award for going above and beyond the call of duty, awarded to Norman Lowe, Rookie of the Year going to Frank Barbara, and the Youth Award to Leo Lui.
The Auburn SES will be holding a summer school holiday cadet program from January 14 to 18, for students in Years 9 to 12 who are looking for a challenge. Applications close on Sunday, December 1. Details: bit.ly/cadets2020.