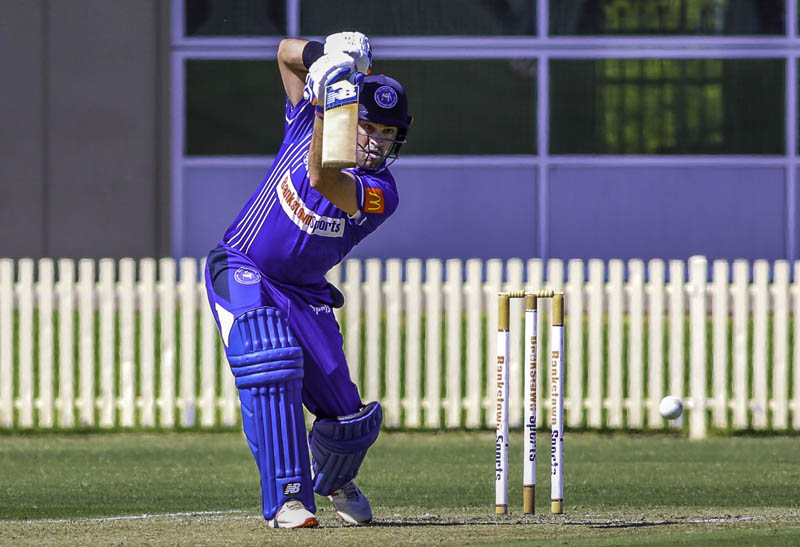 The locals have gone from strength to strength and won all five grades and Poidevin Gray Shield Under 21 over the weekend.
The NSW Premier Grade Cricket Club Championship is an indicator of overall depth and Bankstown has now increased its lead in this prestigious competition. While it is early days with the completion of Round 5, the Bulldogs are certainly barking vociferously.
Master coach Gary Crowfoot is the club’s inspiration and there is no better tactician in the game.
The Australian Test side has their champion run getter by the name of Steve Smith, while The Bulldogs are blessed with the indomitable Daniel Solway.
The run machine opener blitzed the Campbelltown Ghosts with a powerful 122 which enabled Bankstown to reach 8-245. Solway is relishing the extra responsibility of captaincy which seems to have made him even more determined. Never in Bulldogs’ history has a batsman repeatedly savaged opposition attacks and last weekend he continued the run blitz.
To watch him bat is an absolute pleasure with his stylish elegance and insatiable appetite for runs amazing. Solway was very well supported by Nick Carruthers who blasted 45 in another delightful knock, but just as he was ready to provide some fireworks, he was run out by former Bulldog Jarrad Burke.
Chris Ridley chimed in with a handy 18 before being caught by Burke. Ben Taylor raced to 20 before he too was another run out victim. The Bulldogs skipper was confident that his bowlers would prevail. His optimism was rewarded as the Ghosts’ hopes plummeted to be 4-45. Importantly former Bankstown batsman Phil Wells was a victim. He was very well caught by Ben Taylor from ever reliable Mitch Brown.
Stubborn resistance prevailed and the Ghosts looked a rough chance.
However, Ben Taylor and lively Tushaar Garg vanquished the dispirited Ghosts and they were bundled out for a meagre 144.
Taylor weaved his spinning web of magic with 4-26 and Garg crashed through the home side with 3-32, beating the bat repeatedly with persistent pace and is enjoying the promotion to the top grade.
The irrepressible Solway certainly leads by example and even pulled off the vital run out of opening batsman Glynn.
Next week the Bulldogs play a strong Manly side at Bankstown Memorial Oval starting at 10am.